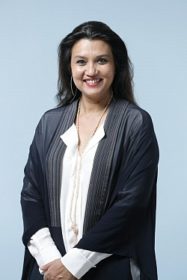 Sydney-based curator will be instrumental in building the collection and acquiring key art, design and architecture works

Suhanya Raffel, the deputy director and director of collections at the Art Gallery of New South Wales in Sydney, has been appointed the executive director of the M+ museum in Hong Kong, the much-delayed flagship project of the West Kowloon Cultural District. She takes up the post in November, replacing Lars Nittve, who stepped down in January.

Victor Lo, the chairman of the M+ museum board, says in a statement: “Raffel has the exciting and daunting task to deliver on the promise of M+, to make it Hong Kong’s world-class museum for visual culture and of course to meet and surpass public expectations.”

Duncan Pescod, the chief executive of the West Kowloon Cultural District Authority, says that Raffel will direct the curatorial development of M+, leading on the acquisition of art, time-based media, design and architecture works for the burgeoning collection.

Sri Lankan-born Raffel, who joined the Art Gallery of New South Wales in early 2013 as the director of collections, was previously at the Queensland Art Gallery/Gallery of Modern Art [Qagoma] in Brisbane. Her roles there included deputy director of curatorial and collection development.