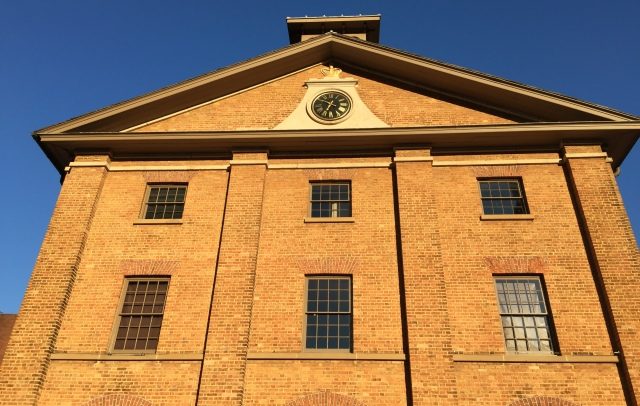 Australia’s oldest public buildings will come under the spotlight in a multi-million dollar Baird government plan to transform Macquarie Street into a tourist-friendly cultural and heritage precinct, The Sun-Herald has learnt.

But a push by Sydney Living Museums (formerly the Historic Houses Trust) to boost the profile of the Museum of Sydney, and to better tell the story of colonial Sydney has prompted a rethink.

Public comment will be sought next month on a Macquarie Street precinct plan. It will canvas proposals to unlock access to the historic buildings and monuments stretching from the Mitchell Library to Queens Square, and encourage visitors to explore laneway links to the Domain.

Sydney Living Museums has submitted a business case to the government to move the Museum of Sydney to Macquarie Street, clearing space for a new cultural centre by demolishing two 1960s Supreme Court and State Records buildings behind the Mint and Hyde Park Barracks.

Two new buildings, connected by a glass structure and ground level cultural space, designed by architects FJMT, would replace them and house the new museum.

The project, called The Story of Sydney, would act as a pedestrian link between Macquarie Street and the Domain, and boost visitors to Hyde Park Barracks.