Children will soon be able to sleep overnight in Hyde Park Barracks’ 106 convict hammocks – without being expected to haul rocks the next day – as part of Sydney Living Museum’s new members program.

To be launched on Wednesday, the membership program provides discounts and benefits to events at 12 of NSW’s most historic homes and museums ranging from the Mint to Elizabeth Bay House.

It replaces the former membership association, the Friends of the Historic Houses Trust of NSW.   SLM severed its relationship with the Friends last November, and the Friends’ leadership was expelled from the museum’s headquarters at the Mint after a controversial audit raised questions about undisclosed operating losses.

While the former Friends was a non-profit association, the members’ program will be managed in-house, and subjected to the same financial audits and controls that apply to the rest of Sydney Living Museums, said Mark Goggin, Sydney Living Museum’s director.

The new program will encourage more families to visit, with attractions such as a Lego exhibition at Museum of Sydney during the summer holidays and the sleepovers at Hyde Park Barracks. As well, every membership, including those held by single adults, will include four children free.

Members will also receive discounts and additional benefits, such as previews and behind-the-scenes tours of exhibitions such as the new Harry Seidler exhibition and the series Colonial Gastronomy.

The Living Museum’s 12 properties include the Museum of Sydney and the Justice and Police Museum, and historic homes such as Rose Seidler House, Vaucluse House, Rouse Hill House and Farm, and Meroogal.

Mr Goggin said the new program would be marketed to the 80,000 people in its newly overhauled contact management system.

“Each membership plays a vital role in preserving these precious places for future generations and helps to support our work,” he said.

Mr Goggin told Fairfax Media last year that he had hoped the new members program would be launched by June 2014, but he said this week it had taken longer than expected to structure the program so that it appealed to different audiences now and in the future.

Members of the former Friends will be offered incentives to join. Those people whose memberships have lapsed will receive an extra month’s free membership, while current memberships will be honoured at SLM until they expire.

The old Friends, which had 5000 members, is now operating as the Historic Houses Association from Juniper Hall in Paddington. 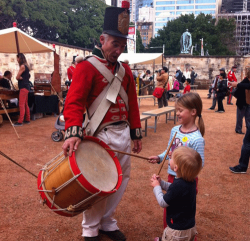