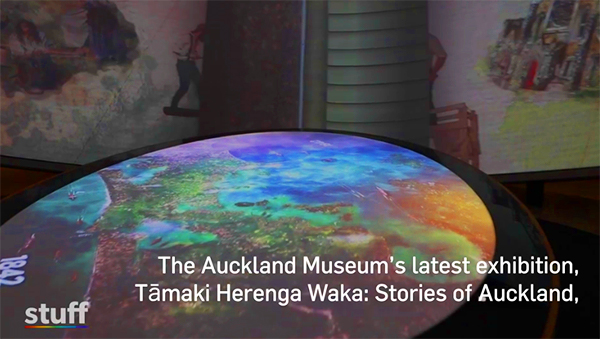 Auckland is one of the few cities which can boast the contradictory elements of being tucked away in a remote part of the planet, while still having the whole world on its doorstep. It is a veritable melting pot of cultures and backgrounds – arguably what makes it such a desirable, and exciting, place to live.

It tells the diverse narratives of the people and places that call the city home, with a particular focus on early immigrant families who had – and continue to have – a fundamental impact on its formation. 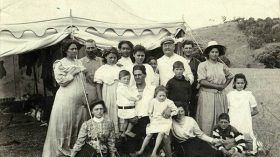 The Kronfeld family, who moved to Auckland in the 1890s, with friends at Te Muri campground, Matakana.

Pioneering Chinese settlers were the driving force behind one of the country’s most recognisable fast-food chains and its first-ever supermarket, Foodtown, while a Lebanese family birthed one of the region’s most widely acclaimed vineyards. The Samoan-German Kronfelds, despite their beginnings in business, have gone on to leave a lasting impact in all manner of other industries. Former All Black Josh Kronfeld is a testament to that alone.

The Kronfeld family, who moved to Auckland in the 1890s, have had a particularly trailblazing existence.

In as little as 10 years after moving, Prussian Jew Gustav Kronfeld boasted a hugely successful import-export business and had become a naturalised member of the British Empire. Along with his Samoan wife Louisa he also helped care for those who passed through Auckland from the Pacific Islands, in a grand house he had built himself.

Emily Parr, the Kronfeld’s great-great-granddaughter said her ancestors’ warm and familial hospitality helped countless travellers and established Pacific Island roots in Auckland, at a time when very few Samoans were in New Zealand. 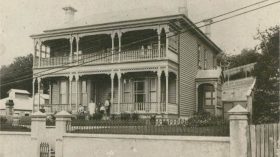 The house Kronfeld built, Oli Ula, was a thriving hub of activity.

“Louisa being in Auckland paved the way for a lot of Pacific people to be here,” she had told me over the phone, when I called for a lesson in Kronfeld family history.

“When people think of the Pacific migration to Tāmaki they think it is in the 1950s onwards, but Louisa is the perfect example of how there were families here much earlier.”

Louisa had been a woman of lofty status in her native Samoa, and, once combined with her husband’s burgeoning reputation, the two were soon rubbing shoulders with Auckland’s elite. They were friends with “musicians, politicians and Tongan royalty” Parr revealed, and their house, which they already shared with 10 children and fleeting students, was incessantly pulsing with life. 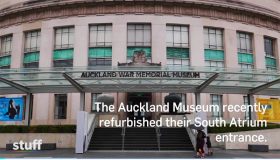 “It was a beautiful big villa in Eden Crescent that he had built himself, and it had a full concert grand piano in the lounge, beautiful furniture and lots of treasures and taonga,” she reminisced.

The collection of taonga the Kronfelds had – some of which had been collected from Gustav’s travels, others gifted to the pair by their high-profile friends – made up a significant, hundreds-strong collection which was later gifted to Te Papa and Auckland Museum.

A small selection of the collection is on display for the Tāmaki Herenga Waka: Stories of Auckland exhibit. It includes a large, bronzed kava bowl from Mata’afa Iosefo, a paramount chief of Samoa and close relative of Louisa Kronfeld, and an anie tōga – a finely woven mat – gifted by Queen Salote of Tonga.

There is no story without struggle, however. With the onset of World War I, anti-German feeling led to Gustav being declared an enemy alien, and he was forced to intern with other Germans on Motuihe Island.