You are here: Home » Articles filed under: 'News' » Article: 'TAN surveys past & present'

July 10th, 2020 | Browse other: News. | Tagged with: How should art memorialise history?, The war over racist monuments is escalating throughout the US | 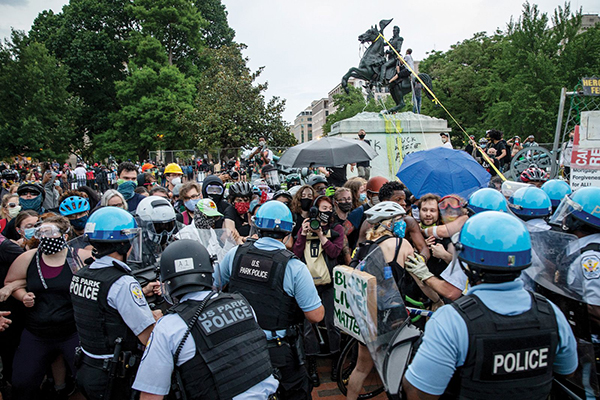 US Park Police clash with protesters attempting to pull down a statue of President Andrew Jackson in Lafayette Square near the White House in Washington, DC on 22 June Tasos Katopodis /Getty Images.

The war over racist monuments is escalating throughout the US, The Art Newspaper, July 2020

How should art memorialise history? Since antiquity, this question has been central to the commissioning strategies of those in power and those who shape culture. History has never been as static as the monuments that seek to serve it; new rulers and fresh generations will inevitably cast history in their own mould. Thus, in the 1990s, after the Soviet Union fell, Socialist Realist sculptures and statues of Communist leaders were discarded as symbols of the oppressive regime that had been overthrown. Today, statues dedicated to Confederate leaders in the US, or controversial colonialist figures in Europe, have become the target of angry protests around the world. As the conversations around monuments continue to develop, we are collecting stories from past issues up to the present day that examine the complicated issues surrounding such works.

Click below to read a range of related stories: 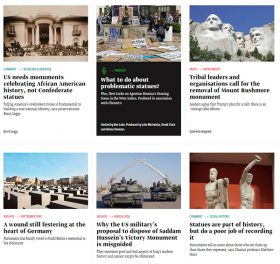