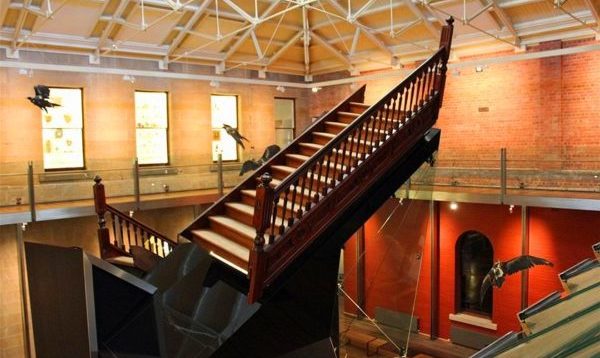 PREMIER tourist attraction the Tasmanian Museum and Art Gallery has suffered a significant drop in visitor numbers which the Government says is “not unexpected”.

“Attendance figures immediately following the opening of the redevelopment at TMAG were exceptional so it was not unexpected that the 2014-15 figures showed a decline off what was a period of high visitation,’’ a State Government spokeswoman said.

Visitor numbers to TMAG – the cultural institution which was set to become the centrepiece of the waterfront – dropped 115,000 to 359,825 in 2014-15 compared with the year before when they peaked at 475,702, the highest visitation rate in the museum’s history. It made TMAG the most visited tourism site in the state in 2013-14.

The huge numbers that flocked to the TMAG in 2013-14 were keen to experience the multi-million dollar refurbishment undertaken by former director Bill Bleathman under the then Labor Government. Figures for 2015-16 are yet to be released.

Former Labor Treasurer Lara Giddings said closing the site on Mondays to save 1 per cent of the annual budget – a decision now partly reversed – and shortening daily opening hours, had had a massive impact on visitation to a once vibrant “buzzing” tourist attraction.

“They are underfunded, they need proper funding, and they are not promoting the museum the same as before,” Ms Giddings said.