April 21st, 2022 | Browse other: News. | Tagged with: australian war memorial, First Nations ANZACs and the fight to honour them | 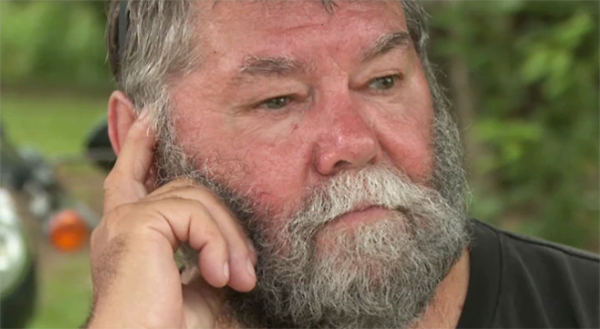 Karen Michelmore, ‘From paradise to hell’: First Nations ANZACs and the fight to honour them, NITV, 20 April 2022

As ANZAC Day approaches, efforts are underway to have First Nations soldiers finally recognised in the wartime mythology.

When Trawlwoolway man Tony Brown was growing up, there was a large round medal on his family’s mantlepiece.

It wasn’t until years later that he fully understood the significance of the bronze disc.

It was a so-called ‘dead man’s penny’, a memorial plaque given to the families of those who died during the First World War.

The one in Tony’s house was given in honour of his forebear, Private Marcus Blake Norman Brown. 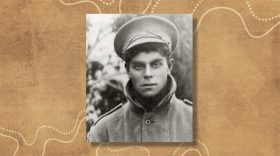 Private Brown was just 20 years old when he enlisted in the Australian Imperial Force in 1916. Source: Supplied

Remarkably, Private Brown was just one of four First Nations brothers, and (at least) 18 Aboriginal men in total, from the remote and tiny Cape Barren Island off the northern tip of Tasmania who fought in the ‘Great War’.

They joined the roughly 1000 Aboriginal men from across Australia who made a significant contribution to the nation’s war effort.

Marcus Brown’s descendant Tony has been working to get their service, and their sacrifice, officially recognised.

“They’ve got their little plaque sitting on a wall overseas,” he told NITV’s The Point, “[but] the men from Cape Barren Island who went and fought in the First World War have never really been recognised in an official capacity.”

‘From paradise to hell’

Tony still has questions about what led the men to sign up, fighting for a country that was still actively trying to wipe their people out.

“At the time they weren’t recognised as being a race of people,” he said.

“When the recruitment officer went to Cape Barren, one would imagine he painted a really pretty picture: ‘go overseas, have an adventure and get paid while you are doing it’, and that sort of stuff.

“They saw the adventure, and they got paid, but they didn’t realise they were going from paradise to hell.”

He says their departure for foreign shores could not have helped but to wreak change in the community.

“The impact it would have had on that island would have been phenomenal. It was a huge hole those guys left.”

A dead man’s penny held by the Australian War Memorial, similar to the one kept by Tony Brown’s family for generations. Source: NITV The Point

Into the Anzac legend

Ngunnawal and Gomeroi man Michael Bell has been helping to research and build the database of First Nations stories at the Australian War Memorial.

He says 75 Aboriginal men from Tasmania served on the front.

Some of their stories were captured in a photographic series of their descendants by photographer Ricky Maynard, commissioned by the Australian War Memorial in 2019.

“It was important for me because it puts the… Aboriginal and Torres Strait Islander face onto the Anzac legend,” Mr Bell says.

“A Tasmanian man, who unfortunately paid the ultimate sacrifice at the landing at Gallipoli… is considered to be, at the moment, our first Aboriginal man to die in the First World War.

“And that is Private Jack Miller, who doesn’t get to shore.”

Mr Bell says there were many reasons First Nations men signed up, even though it was illegal for them to do so.

“For Aboriginal men, it put them back in a rightful place to be able to earn a wage, because the (Defence Force) paid an equal wage,” he says.

“It gave them a place to be seen as doing the right thing.

“And a lot of our men… wanted to use Australian Imperial Force service as a pathway to citizenship (offered to Indigenous veterans).”

However, when the soldiers returned, some First Nations veterans were not given the same land settlements and benefits as other returned personnel.

Michael Bell from the Australian War Memorial has been helping to research and build the database of First Nations stories. Source: NITV The Point

A step to reconciliation

Mr Bell says recognition of the history and contribution of Aboriginal and Torres Strait Islander servicemen is long-due and important for reconciliation.

“They volunteered to risk their lives, to fight for rights that [they] weren’t entitled to.”

* For more on this story, tune into NITV’s current affairs program The Point at7.30pm Tuesday, or later on SBS and SBS On Demand.