You are here: Home » Articles filed under: 'News' » Article: '“Taxonomists are map makers of nature” –'

“Taxonomists are map makers of nature” –

September 17th, 2020 | Browse other: News. | Tagged with: Australian Museum, Bee taxonomy in Australia 'in crisis', There are only four bee taxonomists in Australia | 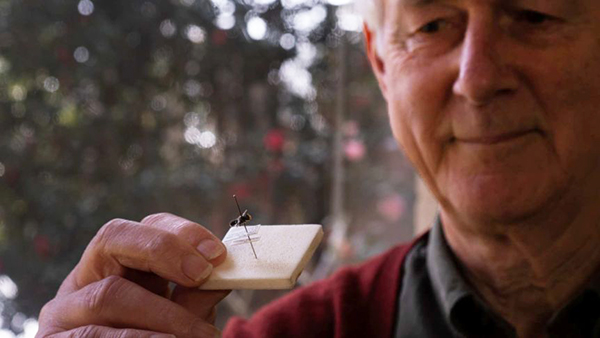 Michael Batley of the Australian Museum is one of fewer than five bee taxonomists in Australia. (ABC Sydney: Amanda Hoh).

Taxonomists are the “map makers of nature”, tasked with naming new plant and animal species, but it is a dying art.

Michael Batley has been a bee taxonomist for the past 20 years and a volunteer with the Australian Museum.

In that time he has named 40 new species of bees.

“On an average bee-chasing trip I could find up to 100 specimens in a day to analyse.

“Not all will be new, unnamed species but they could be a new record, a new place the bee has been seen, or a male or female bee that hasn’t been seen before.” 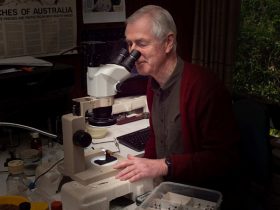 Mr Batley dries the specimens he collects and mounts them on a rotating holder for examination.(ABC Sydney: Amanda Hoh).

If it was not for COVID-19, Michael Batley would be on a bee chasing trip right now.

Peak bee season occurs between August and October, and he had planned to travel from Bourke in regional New South Wales to Cunnamulla in Queensland looking for new species.

At home with bees

It is purely a coincidence that Mr Batley, one of Australia’s leading bee experts, lives in Beecroft in Sydney’s upper north shore.

He moved there when he got a job teaching physical chemistry at Macquarie University in 1971.

He only became interested in bee taxonomy after he retired. 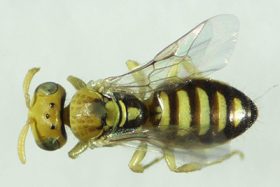 Mr Batley has added some 10,000 bee specimens to the Australian Museum’s collection.

He keeps about 1,000 in his study at home — the bees pinned, neatly labelled, and arranged in cardboard boxes, then enclosed in plastic storage tubs.

They are only for reference though.

Mr Batley knows some 600 species off the top of his head, and when out amongst the flowers he can recognise whether a bee might be a new discovery.

He uses traditional morphological methods, meaning he looks back at the history and lineage of a bee genus — there can be 20-30 species within a genus — then studies the insects and describes their appearance. 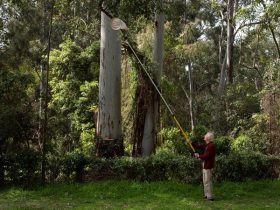 Some discoveries lead to revisions of a bee genus or a scientific paper about a variation of a species that already exists.

If the species has never been seen before though, Mr Batley has the honour of giving it a name, usually in Latin.

There are currently 1,600 named bees in Australia.

Experts estimate there may be as many as 1,000 species yet to be discovered.

At the current rate of discovery — about 20 new species are given names each year — it could take at least a century to find and name the remainder.

Kevin Thiele, the director of Taxonomy Australia, wants it done in five years.

One of the reasons is that there are no full-time bee taxonomists in Australia.

Of the four or five that do it in their spare time only Dr Ken Walker at Museums Victoria is paid, and the oldest is in their 80s.

“Those bee taxonomists that we have that are in their 60s, 70s and 80s have a vast depository of knowledge and we really need to use them as mentors for a new generation,” Professor Thiele said.

“There are many students who would just die to be able to have a career in taxonomy.

“There are few things that are as exciting as discovering a new species.” 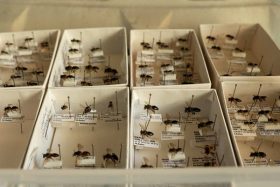 Tobias Smith, an ecologist and bee researcher with Queensland University, has founded the only bee taxonomy training course in Australia.

It had to be cancelled this year due to COVID-19 border restrictions, but he said there is “definitely a demand for it” from university students, beekeepers, and “people wanting a change in career”.

The problem is there are very few paying jobs in the field.

Dr Smith deems it a “crisis in taxonomy”.

“Taxonomy of bees is a dying art form,” he said.

“It’s a different part of bee science, but without [taxonomists] and the naming of species there’s no point doing other research as we need to know the names.”

Professor Thiele said one of the problems with inspiring a new generation of taxonomists is the discipline is not seen as “sexy high impact science” and therefore “doesn’t have the profile it deserves” to attract funding.

“Taxonomy is a long-term enterprise as a fundamental science,” he said.

“There are few things as important as building the map that everyone uses to navigate the natural world.

“Taxonomists are map makers of nature.” 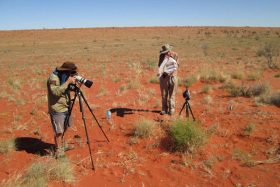 Taxonomists hope to discover and name 1,000 new bee species in the next five years.(Supplied: Michael Batley).

The campaign to ramp up the discovery of bee species is part of a wider “revolution” of taxonomy in Australia.

Professor Thiele estimates that only about 30 percent of all Australian species have been discovered and documented so far.

To discover the remaining 70 percent could take 400 years, and many of those species could become extinct before they are even discovered.

“Many of them will go extinct invisibly,” he said.

“We won’t even know if they go extinct, or worse we will only discover them after they’ve gone extinct, which is just a tragedy.

“Our job of Taxonomy Australia is to bring about a revolution and to document the biodiversity of Australia in a generation.”