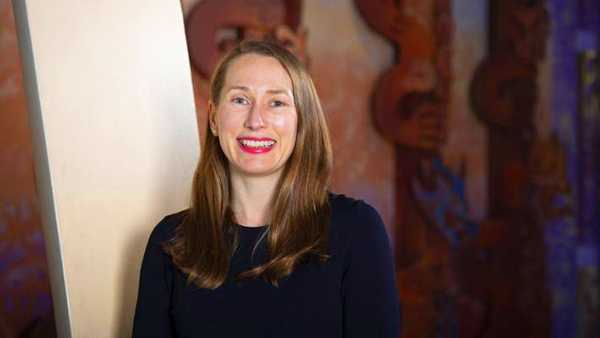 Courtney Johnston has been appointed as the new chief executive of the national museum Te Papa. Supplied: Te Papa.

Te Papa has appointed its youngest chief executive, after the controversial rein of Geraint Martin who stepped down in September.

Courtney Johnston, 40, will co-share the role to become the first woman to hold the position since its founding leader Dame Cheryll Sotheran.

Raised on a dairy farm in Taranaki, Johnston eventually made her way to Wellington to study and work as a visitor host at Te Papa, moving on to various other roles before coming back to her roots.

She said Te Papa held an important place in her life both personally and professionally. The new role was “a dream come true”.

“It has always sat at the heart of Te Papa as a bicultural museum, and it’s a privilege for me to be able to carry this kaupapa into the future with Arapata.”

“With the recent successes of Te Taiao Nature and Toi Art, this is such an exciting time to be moving into this role. Te Papa is poised to move into the 2020s with the courage and innovation that have always set us apart as a national museum.” 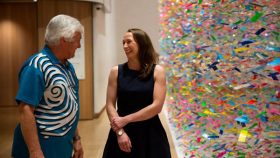 Johnston was formerly the director of The Dowse Art Museum and Petone Settlers Museum, was Boost New Media’s general manager and Museums Aotearoa chair. She has held a position at Te Papa since September as the Audience and Insight director.

Johnston holds a Masters in Art History from Victoria University of Wellington, and was the 2015 recipient of a Winston Churchill Memorial Trust Scholarship to research contemporary museum practice in the United States.

“In Courtney we have someone with the vision, drive and experience to take Te Papa into an exciting new era.”

“As a Board we were seeking someone who understands Aotearoa New Zealand, and is committed to Te Papa’s bicultural kaupapa. Courtney has proven experience in working in a bicultural context, she brings to the table considerable experience in the museum, heritage and digital sectors and she impressed us with her vision for Te Papa.”

She said Kaihautū Arapata Hakiwai and Courtney would be a good match to take the museum into a new era and care for its treasures.