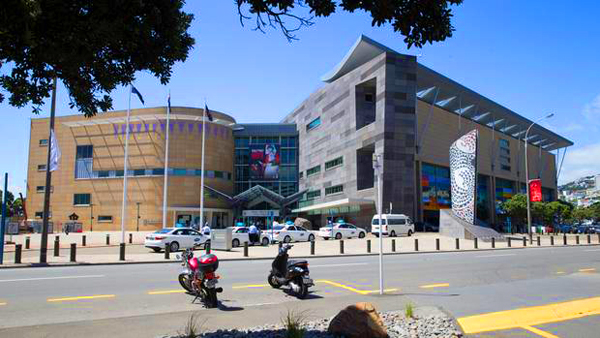 The current upheaval at Te Papa is the latest of many damaging disruptions at our major museums and we need to ask how well these public organisations are being served by the neo-liberal corporate approach to their administration.

Museums, and many other public service institutions, were taken over in the 1990s by new kinds of managers persuaded by this ideology that they were running purely commercial enterprises.

This brought in a self-reinforcing system with large, top-heavy management structures dominated by generalist managers who have mostly lacked specific knowledge or experience of the disciplines (like botany, zoology, archaeology, ethnology, history, art and librarianship) that underpin museums. They may all know the price, but few seem to know and understand the specialist value of what they’re managing.

We must not forget the events in museums that showed us the ugly side of what has been called “the cult of the manager”.

At Auckland Museum some 26 staff were lost in a destructive reorganisation in 1997. Under another director in 2008 successive waves of staff had to reapply for their own positions. Forty-six staff were shed and replacements expensively recruited. The Herald ran an editorial “Museum Risks Losing Authenticity. “

Other headlines were: “Museum’s Arrogance is of the Highest Order”, “Deputy Quits after Clash at Museum”, “Threat of Staff Strike Hangs over Museum Birthday Bash”, and “Showdown at City’s Museum”.

“The former boss of the Auckland War Memorial Museum racked up almost $50,000 in international travel and spent more than three months abroad in her troubled two-year tenure”.

At Otago Museum, the tenure of the former director from seven year ago “has been tumultuous. There has been a high turnover in personnel, allegations of fractious relationships with staff, and the embarrassment of the discovery that for 12 years in its Annual Report the museum had claimed [he] had a qualification he did not actually have.

“An investigation … saw the museum reluctantly reveal [his] salary was $310,793—more than the highest-paid staff member at national museum Te Papa”.

A later headline when the director left said “Museum Pays $699,000-plus to Departing [Boss]”.

Te Papa got a new chief executive in 2010. Before long there were dramatic plans to split the museum into two new entities, and a proposal to move part of the collection to Auckland.

Restructuring in 2012 saw 31 positions lost and new ones created. Later it was reported that “Te Papa has lifted the lid on [the ex-C.E.O.’s] disastrous tenure as its chief executive. When [he] left the National Museum in May, in the wake of two big loss-making exhibitions, it was facing an annual deficit of up to $14 million.”

Newspapers don’t get everything right, but there’s no denying a litany of extreme and damaging events amounting to a serious indictment against the corporate-mimicking style of museum management.

After several recent restructurings you might think Te Papa now needed some quiet consolidation. But you won’t get that under the corporate-parroting model. No top managers want “quiet consolidation” on their CVs.

And so there is an endless search for novelty and reconfiguration. It’s hard to avoid the conclusion that this also serves the pretence that the diversion of resources to fund so many managers is achieving something.

In short, the business-style charade allows museum managers to act out radical changes as if they were defending the value of shares on some stock exchange. Well there aren’t any shares, but there are “shareholders” – the people of New Zealand – and surely we deserve better. It’s clear now that there is no end-point to the disruptions – just continuous gratuitous change with staff careers and museum collections as the pawns.

This tired system is barren and broken. It is no way to care for our national patrimony. I believe it’s time for a new style of public service museum, characterised by stability and small bureaucracy, and led, not by generic managers, but by staff with a vision based on specialist knowledge, local experience and a true understanding of the purpose and potential of museum collections.

CLARIFICATION: The Otago Museum director mentioned was a former director from seven years ago, and not current director Dr Ian Griffin. The Herald apologises for any confusion.

• Dr Brian Gill worked in museums for 30 years and wrote The Unburnt Egg: More Stories of a Museum Curator.