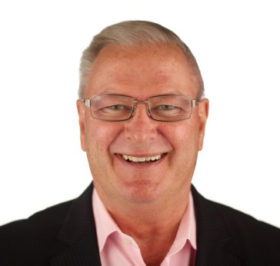 Rick Ellis brings “many skills based on years of international experience” to his new position.

Chartered Accountants ANZ has appointed a non-accountant as its new CEO but refused to reveal his salary despite pressure on professional bodies for more disclosure.

Former Telstra group executive Rick Ellis, a New Zealander and the CEO of the Museum of New Zealand Te Papa Tongarewa in Wellington, will take up the post in July and be based in Sydney.

He is not an accountant although his commerce degree majors were in economics and accounting.

Mr Ellis’ salary was not disclosed despite the current CEO Lee White, an FCA (Fellow Chartered Accountant), revealing what he had been paid in the past two years on Tuesday.

Mr Ellis is being brought in to transform the 117,000-strong member organisation, chairman Murray Jack said.

“The profession is in a time of significant change. We’ve invested in our people and our digital assets, and are now looking to continue to transform what we do and how we do it so that we remain relevant as a profession, and as a member organisation. Rick brings many skills based on years of international experience to this task,” Mr Jack said.

Mr Ellis has held previous senior positions in industry, including as a group executive in Telstra Media. He left Telstra in March 2014 amid a shakeup of the company which saw a dramatic shrinking of his portfolio. He was paid $2.2 million in 2012-13 and $1.5 million for the 2013-14 year to March, according to the 2014 Telstra annual report.

He had been chief accountant at the Australian Securities and Investments Commission before working at Chartered Accountants ANZ.