Te Papa has had one of its most successful years since opening, as detailed in the museum’s 2014/15 Annual Report, tabled in Parliament yesterday. 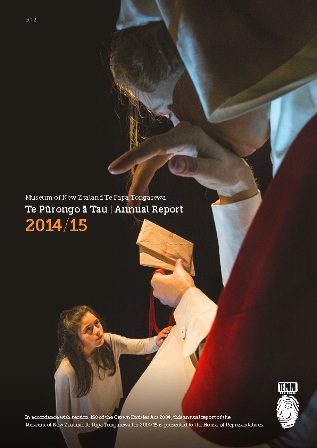 More than 1.55 million visitors came to the national museum in 2014/15, Te Papa’s third highest visitor numbers since opening in 1998, and a 20% increase on the previous year.

This was driven by two of the most popular exhibitions in Te Papa’s history: Air New Zealand 75 Years and Gallipoli: The scale of our war. Both were created by Te Papa, working closely with innovative New Zealand companies, Air New Zealand and Weta Workshop.

The year saw the historic return of 114 Maori ancestral remains from the American Museum of Natural History, in the largest ever repatriation of koiwi tangata and toi moko to New Zealand.

“By any measure, this has been an extraordinary year for Te Papa,” says Te Papa Board Chairman Evan Williams.

“Te Papa delivered a complete financial and operating turnaround in the year, putting the national museum on a sound financial footing for the future.”

“To achieve that turnaround, while also delivering so much for New Zealanders, reflects great dedication right across Te Papa, and strong leadership from new Chief Executive Rick Ellis.”

Mr Williams said that the development of Gallipoli: The scale of our war was a once-in-a-generation responsibility for the national museum.

“Working closely with Sir Richard Taylor’s Weta Workshop, Te Papa has been able to create an exhibition that is breaking new ground in the museum world,” Mr Williams says.

Mr Williams said the Board’s decision to create the $8 million exhibition, at a time when Te Papa had been under financial pressure, had not been taken lightly.

“It was a big commitment, but as the national museum the Board felt it had a responsibility to bring the story of World War One to life for new generations of New Zealanders.”

The exhibition has become the most-visited in the museum’s history, with over a quarter of total visitors aged 16 – 24 years. Visitors of all ages are visibly moved by the immersive storytelling.

Mr Williams said the Board was particularly grateful that government had, for the first time, funded the museum for depreciation, placing it on a sustainable financial path for the future.

“Te Papa is in excellent shape to take on the challenges of the future, including the major renewal which will occur in the coming years.”

“As a Board, it is our privilege to guide Te Papa through this next stage in its evolution.”