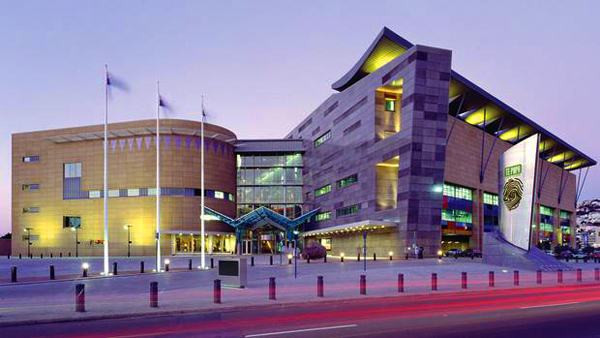 Hundreds of teddies have been abandoned, thousands of children lost and found, and tens of thousands of lightbulbs have been changed in the 20 years since Te Papa was opened.

Today marks the 20th birthday of Te Papa Tongarewa The Museum of New Zealand, which opened with a dawn ceremony on Valentines Day 1998.

Thousands gathered to be the first to visit the high-profile new building. The radical concept for Te Papa was that it would be a bicultural museum, and incorporate both the national museum and national art collection.

Opening day 20 years ago holds the record for the most visitors to the museum, with 35,000 people pouring through the doors after they opened at midday.

The second busiest day in Te Papa’s history was April 12 the same year, with 21,232 visitors.

If the more than two million visitors who visited in its first year of the 28.5 million who have visited since it opened is anything to go by, Te Papa was embraced by New Zealanders.

While controversies raged – including protests about the Tania Kovats “Virgin in a condom” artwork – the public continued to visit Te Papa in their thousands.

By today, Te Papa will have had almost 30 million visitors, discovered more than 400 new species, hosted more than 3000 pōwhiri, and rocked visitors with more than 1.3 million shakes of its famous earthquake house.

Te Papa is consistently rated as one of the world’s best museums, and a top attraction in New Zealand, and its approach to storytelling and biculturalism remains a model for museums around the world.

Chief executive Geraint Martin said the reason for Te Papa’s success is that it offers a new kind of museum experience.