October 24th, 2019 | Browse other: News. | Tagged with: Te Papa is looking for a new boss, Who should Te Papa choose to lead the national museum? | 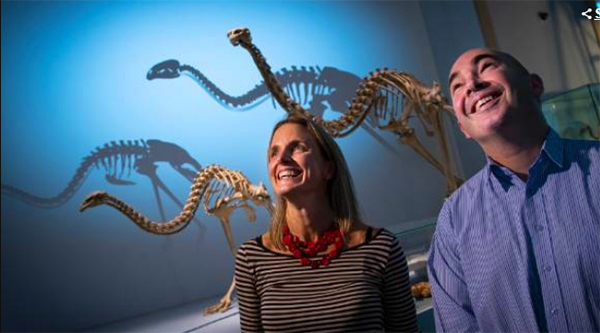 Te Papa’s new environment exhibition, Te Taiao Nature, has been applauded by critics, but some commentators say the museum is too safe and needs to recover its risk-taking founding mojo.

Nikki Macdonald, Who should Te Papa choose to lead the national museum?, 19 October 2019

For the third time in five years, Te Papa is looking for a new boss.

But in the wake of the museum’s worst staff satisfaction results, there’s a new question: will it be a person who can restore the national museum to a place where the country’s finest want to work?

“The endless cycle of new CEO, massive restructure, total upheaval, chaos has to stop,” says one museum sector source. “I talk to people in the sector and they go, ‘God no, I’d never work there’. And that’s really sad.

“It’s our national museum and we should all be aspiring to work there, and be part of it, because it’s important. But the reports I get are that it’s so toxic there that no-one wants to work there … If it was my institution, I’d be ashamed of myself.”

Twenty-one years after opening, Te Papa does many things well. It remains a people magnet, with 1.5 million visitors a year. Its new nature exhibition, which takes on global issues such as climate change and pollution, has been roundly applauded. Its revamped art galleries have helped deaden long-standing criticism that it treated its art collection with something between disdain and neglect.

But the museum’s 2018 restructure angered the global science community and left staff feeling bruised and distrustful. The annual staff satisfaction survey scores (out of 5) dropped for every aspect, from having meaningful work to having enough resources. Being proud to work at Te Papa plummeted from about 4.3 to about 3.4, and the likelihood of recommending Te Papa fell from about 3.7 to 2.7. 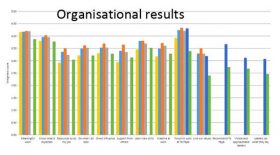 Te Papa’s latest staff satisfaction survey results were the worst in its history.

McCarthy says a philosophy spread globally that anyone who could manage a large organisation could run a museum. However, the museum world is now coming back to valuing expertise.

“You can’t reduce what a museum or gallery does to a balance sheet,” McCarthy says.

As another sector source puts it: “There’s a certain management ideology that says that, if you can run a widget factory, you can run a museum, and I don’t agree with that. There’s some things you can’t teach in an MBA course.” 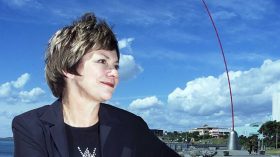 There’s also concern the board and senior management team are light on museum experience. While the board boasts experienced and respected directors such as former mayor Dame Fran Wilde, former chief science adviser Sir Peter Gluckman and businessman Sir Rob Fenwick, none of its members have come up through museum ranks.

The Te Papa Act requires the minister to consider the need for board members to have “knowledge and experience of … the specific activities of the Museum”.

Arts, Culture and Heritage Minister Grant Robertson says the museum’s board members have diverse skills relevant to culture and heritage, arts, science and mātauranga Māori. However, he has asked the ministry to focus on museum experience in its board advertisements. Neither of the new July appointees appears to have worked in museums, but new member Jackie Lloyd is the chairperson of Wellington Museums Trust. 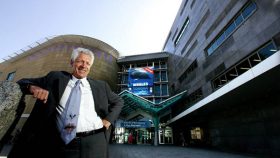 There’s also the perennial debate, of whether New Zealand’s national museum should be run by a New Zealander. Auckland War Memorial Museum’s former Canadian boss Vanda Vitali managed to incense both World War II veterans and the family of Sir Edmund Hillary in her short tenure. Te Papa’s first overseas boss, Michael Houlihan, mounted two financial flop exhibitions and quit three months into a one-year transfer to the Ministry for Culture and Heritage. Geraint Martin is also a Brit, but had worked in New Zealand for 11 years.

“I think we’ve experimented with both international CEOs and businesspeople and, with a couple of notable exceptions, I think it’s been a bit of a disaster,” one source says. “It’s really difficult for someone coming from overseas to understand the nuances of our sector and of our culture. So they have to play quite a lot of catchup.”