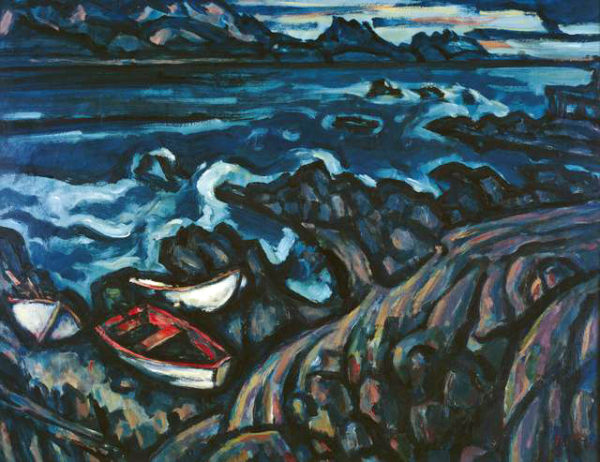 In the wake of US President Donald Trump’s order to ban refugees entering the country, cultural institutions across the globe have been vocal in protest. Here Te Papa curators share their thoughts.

Museums are renowned for their objects and the stories they can tell. Mention a museum to someone and usually they think of dusty temples filled with static riches.

But the true richness of a museum is not merely in the objects but in the people who bring us these taonga, who share their lived experiences with us, and who show extraordinary generosity to pass them on to the rest of the world.

This blog is a collaborative piece from a number of different curators across the museum who wish to share some stories from Te Papa’s collection that remind us about the value of not just objects but remembering the humanity of those individuals who have escaped conflict, and found refuge here in Aotearoa/New Zealand.

We have focused on stories that talk to the refugee experience found in the museum’s collection, and express our gratitude to those who have shared their stories with us and to those in this country who welcomed them with open arms.

Open and informed critical debate is essential for enlightenment, and for civil society. Talk matters. But for debate you also have to be a humble listener. Shutting down opponents with derogatory slurs and slogans, or through the manipulation of power, is an insult to everyone. It derails the possibility of goodness and compassion.

With this in mind, I couldn’t decide which of these two items was most incendiary: this baton (above plus details) associated with the violent suppression of water-siders who went on strike in 1913, or the typewriter (below plus detail) which Chip and Rona Bailey used in 1951 to produce pamphlets to support workers during the 151-day waterfront dispute, despite this being illegal. So I’ve included both.

I suppose what buoys me as a social history curator at Te Papa is the fact that we have collected both objects, evidence that political freedom is a tangled ongoing process made from words, deeds and things.

When it’s being made, history can be ugly – and it can challenge our individual and collective sense of propriety and moral righteousness. But we should never try to magic the messy bits away into nothing, as if they never happened, or to dismiss unpalatable facts as fictions.

Edward Mroczek was a member of the British Merchant Navy when he met Irena Niedzwiecka, a young Polish woman living in Wellington. They fell in love, and Edward immigrated to New Zealand in 1954 so they could marry.

Edward arrived in Aotearoa with hopes for the future and reminders of the past. This cigarette lighter was made by his friend Wladyslaw Piotrowski in 1944, while both were imprisoned at Flossenbürg Concentration Camp in Bavaria.

Edward’s initials are etched on one side, and on the other is his camp registration number, 2750. The aluminium used to make the lighter was stolen from the factory where both men were forced to work.

While forging a new life for themselves in New Zealand, Edward and Irena were deeply committed to nurturing and passing on their Polish heritage and history. Their three children grew up in an atmosphere of ‘deep affection and cultural richness,’ learning Polish songs, dances, recipes, and customs at the Dom Polski in Newtown.

Daughter Maria continues these lessons with her own children, honouring the legacy of her parents and enriching the community of Polish New Zealanders.