You are here: Home » Articles filed under: 'News' » Article: 'Te Papa documents history as it happens' 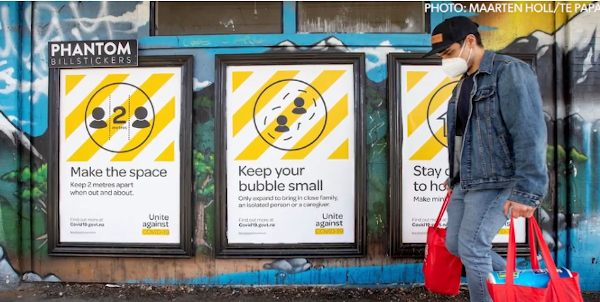 While Wellingtonians waited out the Covid-19 lockdown indoors, museum photographers took to the streets to document history as it happened.

Holl’s photos show “community dialogue in the streets” in the form of alert level posters, government messaging, and deserted motorways. 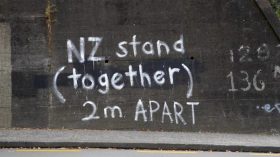 Capturing the mood of the empty city was sometimes difficult. “It’s hard to photograph things that are not there,” he said.

This way of working was a different experience for Holl, whose photography was usually studio-based, capturing collections and objects for the museum’s archives.

Museums around the world have been undertaking similar projects.

The Smithsonian is collecting artefacts, and the Museum of London is looking for objects and first-hand experiences.

The Canadian Museum for Human Rights in Winnipeg is collecting videos of people responding to the question, “What acts of kindness have lifted your spirits during the Covid-19 pandemic?” to appear on its website.

In New Zealand, Auckland Museum collated 100 objects to document Covid-19, asking Aucklanders to submit material that reflected their experience of the pandemic. 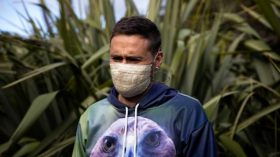 Te Papa had been undertaking contemporary collecting for years.

Curator Stephanie Gibson thought of it as “zeitgeist collecting”, a zeitgeist being the defining spirit or mood of a time, shown by the prevailing ideas and beliefs.

Twenty-seven images had already been added to the online collection, with 100 or more to go into the media library, as well as a collection of objects. 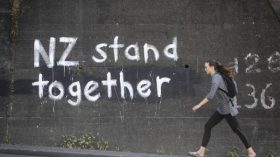 Graffiti in support of Muslims which appeared after the Christchurch Mosque shooting, shown here before it was altered to fit the Covid message. (File photo). ROBERT KITCHIN.

The importance of contemporary collecting was reinforced after the Christchurch mosque shootings, which “set the precedent” for the level of documentation of a societal mood.

A piece of graffiti sprayed onto a dull concrete wall on Glenmore St, repurposed to reflect the Covid-19 message, was a reminder of how little time had actually passed between the two.

With the addition of a couple of words and some brackets, “NZ stand together” became “NZ stand (together) 2m apart”.

Even new messaging was altered within days of being put up.

Government posters were vandalised to reflect the 5G conspiracy theory circulating, before being quickly removed the next day. But not before Holl had immortalised their existence in a photo.

In some ways, Gibson said, those pictures would serve as evidence of an event which seemed long, arduous, and all-consuming at the time, but for which afterwards the details seemed to slip from our memories.

They would evoke a variety of responses. Many people were trapped at home, restless and anxious, but others had lost friends and family, jobs, experienced illness, and missed funerals and weddings.

The photographs signified grief, unsettled lives, and car-less streets but, looking back in hindsight, they also showed the hope, resolve, and resilience of an entire city.