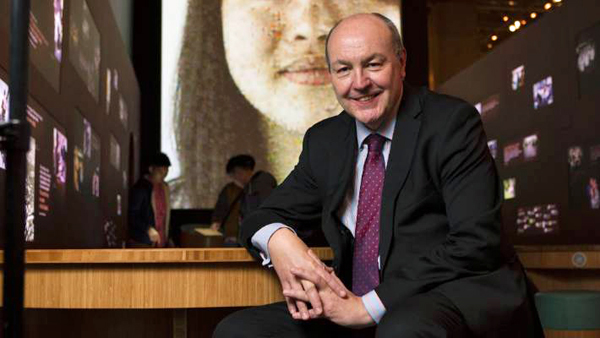 When chief executive Geraint Martin took up his post in July 2017, he told staff he had no immediate plans for changes. This year, plans for a proposed restructure revealed 25 jobs could be on the line.

Te Papa Tongarewa’s natural history collections may be too vast for its staff, a report from an international panel suggests.

The revelation comes after a document leaked to media in July revealed the national museum had proposed a staffing restructure that could cut up to 25 positions from its permanent workforce, with 50 jobs affected in total, prompting concerns from scientists.

The Collections Review Panel sought by Te Papa has now reported back. It has recommended Te Papa seek “external researcher expertise” to work on areas “not covered by staffing”.

“There are too many different types of collections within Te Papa to expect internal staffing to be able to cover all areas,” the report says. “Collections that are not used, can often become neglected.”

But the panel supported Te Papa’s plan to join the natural history portion of the collections services team with the curatorial team.

The national museum may not have enough internal staff to work on its collections, according to a new report. View video here.

Te Papa has had two restructures in the past decade. In 2012, 31 jobs were lost and the number of collection managers was reduced by 42 per cent.

The latest proposal will go to staff in November.

Te Papa director of performance and strategy Dr Dean Peterson said the museum did not expect to have internal experts for every area of its collection.

“Te Papa has always worked with external researchers” he said.

“We agree with the panel that the best thing for a collection is to have researchers working actively with it.”

The panel’s report says Te Papa was documenting and managing its collections well.

“Te Papa is an excellent description of the way collections should be taken care of.”

The marine vertebrate in its collection was an important “world class” collection, the report said.

“The extent of fish species covered is very impressive. Te Papa’s large fish collection is one of the largest in the world.”

But the museum also had a backlog of data to be entered into databases, according to the report. Botany, insects and invertebrates were the areas that needed the most attention.

Peterson said the museum had about 1.8 million natural history collection items, of which about one million had their information online already.

Most of the backlog was related to historic collections, and it could be a five to 10 year job to getting them digitised.

They were pleased the panel had found the collections well managed, he said.

“These are five of the world’s leading experts, we were really lucky to be able to draw on their expertise.”