New appointments to senior roles at Te Papa show the strength of talent in the New Zealand museum and gallery sector. 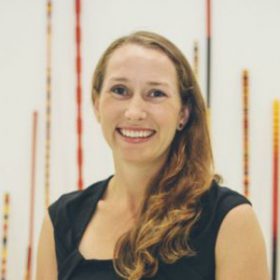 Courtney Johnston, Director of the Dowse Art Museum, has been appointed to the newly-created role of Director of Audience and Insights, a key leadership role reporting to the Chief Executive. With a diverse career in the cultural sector including strong digital leadership, Johnston is well-known as an arts commentator and holds a number of governance and advisory roles in the arts. She is the current Chair of umbrella group Museums Aotearoa.

“Courtney Johnston has a fantastic track record in connecting audiences with culture. As the first museum Director in New Zealand to emerge from a primarily digital background, she will enable Te Papa to build on its digital strengths, and continue to reach new audiences in new ways,” says Geraint Martin.

“Te Papa has been a part of my life since I moved to Wellington in 2000 – be that as a student, a visitor host, a contributor to the museum’s projects, or a visitor myself. A leadership role at the museum has been a long-held dream of mine and I’m thrilled to have the opportunity,” says Courtney Johnston. 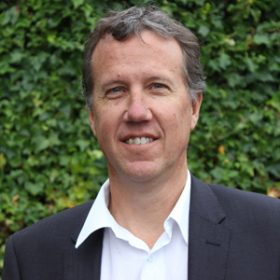 Dr Dean Peterson, Head of Science at Te Papa since 2016, has been appointed to the newly-created role of Director of Strategy and Performance, a key leadership role reporting to the Chief Executive. Peterson is a chemical physicist who has held senior roles at NASA, Antarctica New Zealand, the Marsden Fund, and Callaghan Innovation. He is leading the development of the museum’s new Taiao Nature exhibition, which opens in 2019.

“Dean Peterson has serious experience as a science leader, and has brought a huge amount to Te Papa since joining us in 2016. A clear, well-understood strategy, and strong performance framework are vital for us to deliver for New Zealanders, and we are excited to have someone of Dean’s calibre to lead that work,” says Geraint Martin.

“I feel very privileged to work at Te Papa. It is one of those places that, when you say you work here, everyone wants to hear more about. I am looking forward to taking on a new opportunity within this amazing place,” says Dean Peterson. 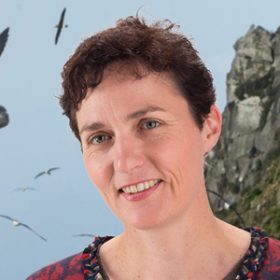 Dr Susan Waugh, Senior Science Curator at Te Papa since 2011, will take up the role of Head of Science. Earning her MPhil in Polar Studies from Cambridge University, and PhD from Rennes University in France, Waugh is a specialist in seabird ecology, and has been a specialist adviser in preventing seabird bycatch in fisheries, including as a Principal Scientist for the Ministry of Fisheries.“We are delighted to be able to attract new talent to Te Papa’s leadership team, and also to develop our existing leaders,” says Chief Executive Geraint Martin.

“Susan Waugh has had an impressive research career, and provided outstanding science leadership in her time at Te Papa. She is already playing a key role in cross-government initiatives to share data and expertise, and in this new role will be able to ensure that Te Papa is playing its vital part in New Zealand’s science network,” says Geraint Martin.

“I’m excited to be leading the talented and dedicated team of researchers at Te Papa, who are pushing the boundaries of species science and biodiversity discovery. As well as research, we love sharing our science, and getting rangatahi and families excited about New Zealand’s biological heritage. It is exciting to be part of a bicultural organisation with a global reputation,” says Susan Waugh.

“Our recruitment process for these roles attracted a strong selection of candidates from around the world, and we are excited with the appointments we have made from that very competitive field.”
See also: https://www.nzherald.co.nz/nz/news/article.cfm?c_id=1&objectid=12094495
Positions Vacant » View All
» Visitor Engagement Admin Officer – HTSA
» Learning Specialist – AWMM
Latest News » View All
AG Env Min Pliberseck backs World Heritage
listing of Parramatta Female Factory Read more.
NMA acquires historic colonial billiard table
illustrating Aust history in timber Read more.
AWM’s Nick Fletcher discusses tank warfare
& practical origins in The Battle of Cambria Read more.
The future viability of platypus populations
- fragmentation by major dams & implications Read more.
Ntl Geo on WAM & Shipwreck Hunters Australia
- why WA’s coast rivals the Bermuda Triangle Read more.
Top +
Council of Australasian Museum Directors c/o Mr Brian Oldman, South Australian Museum PO Box 234 Adelaide, South Australia 5001 Australia, © CAMD 2022
Copyright: All information and resources provided on this website remain the copyright of the Council of Australasian Museum Directors. Permission is granted for viewing and downloading for personal and not for profit purposes. Those wishing to reproduce any materials for commercial, educational or other uses are requested to contact us.
Disclaimer: The content of this website is provided for information purposes only and is not intended as a substitute for professional advice. No claim is made as to the accuracy or authenticity of the content of the website. The Council of Australasian Museum Directors does not accept any liability to any person for the information or advice (or the use of such information or advice) which is provided on this website. The information on our website is provided on the basis that all persons accessing the site undertake responsibility for assessing the relevance and accuracy of its content. No responsibility is taken for any information or services which may appear on any linked web sites. Hostgator.
.