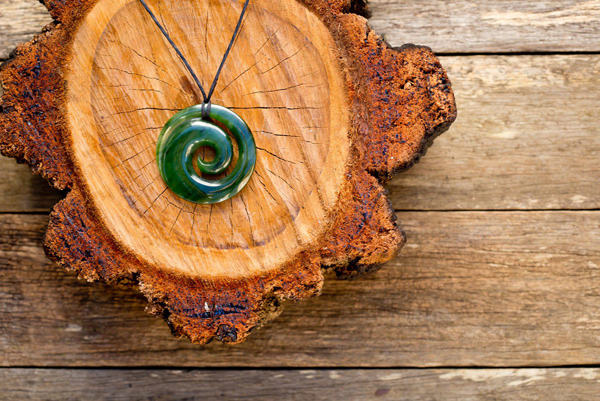 An exhibition at Paris’s Musée Quai Branly explores the Maori culture and their creation myth through Oct. 1 in the carefully curated “The Sacred Stone of the Maori” exhibit. (Shutterstock/File).

I have memories of my father, a Sumatran from Lampung, who was once Indonesian ambassador to Australia, based in Canberra of all places, and simultaneously also posted to New Zealand. As one of the first generation of Indonesian ambassadors, it was a common practice to hold several posts at once.

We begged him for stories and he brought back small mementos for us from the host country. He always said they were also part of our heritage as Indonesians, as New Zealand’s indigenous Maori people were also seafaring folk who sailed the Pacific, like many indigenous tribes of our archipelago.

The Maoris navigated across the Pacific 800 years ago to make land on what they named Aotearoa, or “the land of the long white cloud” – what is known today as the country of New Zealand.

The ornamental jade pendants called Hei Tiki are symbols of the first men who descended from the heavens, according to Maori creation mythology. These jade objects can be seen in the vitrines of “La Pierre Sacrée des Māori” (“The Sacred Stone of the Maori”) exhibit at the Musée Quai Branly Jaques Chirac in Paris, which runs through Oct. 1.

The pendants are strangely shaped in different shades of jade, ranging from deep forest green to an almost translucent shade of pale mint.

The Maori creation myth tells us how heaven and earth were once joined together. The Sky Father Rangi’s tears fell as rain towards the Earth Mother, Papatuanuku, to show how much he loved her even if they were separated. Thus, the land was created where the Maoris still live. This is the great love story at the heart of the Maori culture.

Like the Chinese, the Maori also revere jade as a precious stone, since it is connected to the story of their founding.

Pounamu is the Maori word for the jade found in New Zealand. The jade comes in four shades and are only found in the isolated zones of Te Wai Pounamu, the Maori name for the South Island. Through the process of erosion, these stones are now present in riverbeds, if they have not been carried toward the sea, spread along the rivers and along the coastal shores.

Most of these pounamu beds are cared for by members of the Nga Tahu tribe, the guardians of the jade. Some of their treasures, called taonga, are also featured in the exhibition at the Musée Quai Branly.

The display cases of the exhibit are filled with artifacts that were fashioned by the Maori and include many that are now collected worldwide, like the strangely shaped tiki, resembling a member of the body with two eye-like holes.

The national bird of New Zealand is the kiwi, which is often depicted in jade or colored shells. The exhibit also features a hatchet with a jade blade and a wooden haft, now polished from age and use.

Following the route through the exhibition, visitors are urged to touch some of these stones, which are so smoothly polished they almost feel like silk.

In the cases are explanations of the Maori creation myth and on pounamu.

Visitors to Paris have until the 1st of October to admire this small but carefully curated collection at the Musée Quai Branly, located on the left bank of the river Seine, close to the Eiffel Tower. Visitors to the recent Parcours du Monde in Paris will have also witnessed these jade carvings, as collectors worldwide now collect these precious objects.

For those who cannot attend the exhibition, they can view the objects in a beautiful small catalog produced by the museum together with the Museum of New Zealand Te Papa Tongaroa. (asw)