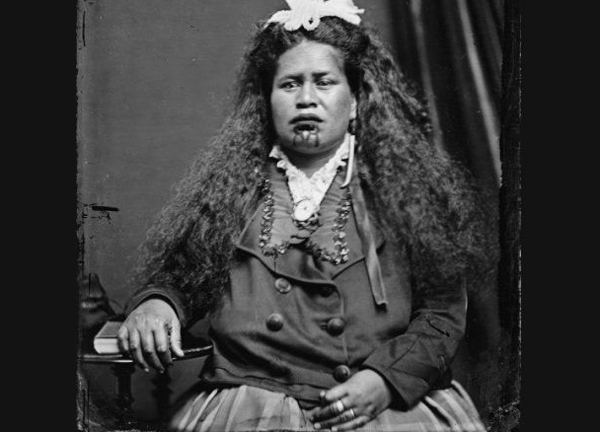 Iwi development manager Migoto Eria looks at the relationship between Heretaunga chief Hēnare Tōmoana and his wife Ākenehi Pātoka, who signed the suffrage petition in 1893, and reflects on the synergy between wahine (women) and whenua (land).

Hēnare Tōmoana was chief of Heretaunga, a politician, and publisher of Māori newspaper Te Wananga, we can assume he was the good man behind a good woman – his wife Ākenehi Pātoka.

There is a well-known whakataukī, or proverb, which comes to mind:

‘By women or land, man is defeated.’

In this instance, Hēnare is fulfilled by the mahi (work) of his wife in regards to the retention of ancestral lands.

In te ao Māori (‘the Māori world’), there is a synergy between women and land, and that without one or the other (or both) man will not survive.

The message from this whakataukī, and from Hēnare’s reference, is that both land and women are synonymous and that both are as important as each other.

Within ancient whakapapa (genealogy), Hineahuone, the first woman, was created from the soil at Kurawaka, where it is believed is the origin of mankind, of te ira tangata.

The role of wahine, in matters of whenua, is evident within ancient whakapapa, as the two are harmonious in sustaining and the procreation of te ira tangata.

He wahine, he whenua ka ora te tangata is reinforced, in particular to the term ‘ora’ which means to live, life, or alive. 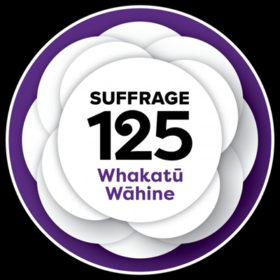 Te Papa is proud to be a part of the Suffrage 125 national event programme.

Wahine and the suffrage movement

Ākenehi Pātoka Rātima Rerepukapuka Tōmoana signed the Women’s Suffrage Petition in 1893, and represented her land interests at the establishment of the Native Land Court in 1865.

Ākenehi worked alongside her husband Hēnare politically, and was the secretary of the Te Kotahitanga committee.

Wāhine Māori who owned and managed their own whenua was not uncommon during this time, amongst the many references of whenua that Ākenehi managed, some included Ōtāwhao, Whenuahou, Ōmāhu, and Ngāi Te Whatu-i-Āpiti in Hawke’s Bay.

In 1895 a committee called First Wives of Heretaunga had set up Komiti Wāhine Māori at a hui at Te Hauke Marae.

This was a hui where wāhine Māori were able to discuss issues including cessation of land sales, prohibition, and women’s right to vote. There, it’s recorded that Ākenehi addressed her inspired wahine listeners:

‘…For many years the men, the chiefs, the Members of Parliament, the Kīngitanga, have been searching for answers to our issues regarding land and the betterment of our people … All of this was done without us; the women … and no benefit has come back to our people. … We women have not yet tried!’

Not solely about women

The representation of wahine therefore is not solely about women or their misrepresentation, but is a wider discussion about land and the continuation of whakapapa.

More importantly, as alluded to by Ākenehi, ‘Kia mataara’ – it’s imperative that we are to be aware, alert, and mindful.