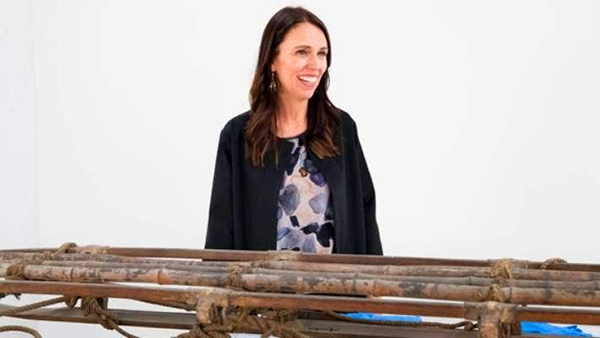 ONE of the most admired politicians in the world once considered getting a tattoo of a Kildare hero, it was revealed last week following a motion raised at the June meeting of Kildare Co Council.

In an effort to mark the centenary of Shackelton’s death this year, Cllr Aoife Breslin asked that the council would formally correspond with the New Zealand Government “to acknowledge Kildare’s connection with that country through our mutual regard for Ernest Shackleton and his achievements”.

However, after a little research into his Kiwi connections, it turns out Jacinda Ardern, the Labour Prime Minister, has had a little-known obsession with the Kilkea-born polar explorer since childhood.

Prime Minister Ardern’s passion for Shackleton stems from her father and the book Endurance: Shackleton’s Incredible Voyage by Alfred Lansing, which she lists as her favourite read.

“It was Alfred Lansing’s version of the story that was published in the 1950s where he’d managed to get those eyewitness accounts – it was just such an extraordinary tale and I couldn’t imagine the human spirit let alone body that could have endured that and yet there it was,” she said.

“I would always talk about Shackleton, it just became the thing I used as my example because I was so fascinated with the example of leadership in the face of huge adversity.”

The popular PM revealed this in a 2018 radio series about 20 items at the Te Papa National Museum that best represent the nation’s history. She chose Shackelton’s sled – and admitted she once considered getting inked with his likeness.

“But where?” was the cheeky question on RNZ.

“That became the problem!” laughed the Rt Hon Ardern.

At the council meeting earlier last week Cllr Breslin told how the whole Shackelton Museum in Athy was started by the very generous donation of the harness of this very sled by Janet Kellett in August 1923, whose son assisted on at least one of the polar expeditions.

“This Shackelton thing is huge for all of Kildare, and I am going to pursue this with Peter Carey [CEO of KCC],” said Cllr Breslin about hearing of her distant party colleague’s obsession.

“For want of a better word we need to harness this,” she declared.

Local historian, and chair of the annual Shackelton School Kevin Kenny told how even this generous donation nearly went awry in those hectic, post-revolutionary days.

“The harness was originally sent to Kilkee, in Co Clare [rather than Kilkea, Co Kildare], where coincidentally a Shackelton Terrace was actually being built, so they thought was where to send it!” he said.

When it finally got to Kildare it was mentioned twice in the 1923 minutes of KCC business by two Labour councillors, so Mr Kenny believes it “fitting” that it is now another Labour councillor who is to raise this with her antipodean colleague.

At last week’s meeting Cllr Breslin told how “lots of New Zealand tourists come for the Summer School”, but was mildly corrected by her scholarly board colleague.

“We don’t call it that, as we go for more of a colder theme, and have it over the October Bank Holiday,” he smiled, but he agreed with Cllr Breslin’s contention as to its popularity.

He explained that last year – even though it the Autumn School was online – there were between 300 and 400 attendees for each lecture from 28 different countries.

“Interest in Shackleton is worldwide,” he said simply, and this is what he and Cllr Breslin would like to promote further, as the €3.5m upgrade to his dedicated museum continues in Athy.