You are here: Home » Articles filed under: 'News' » Article: 'Te Papa on transit of surrealist masters' 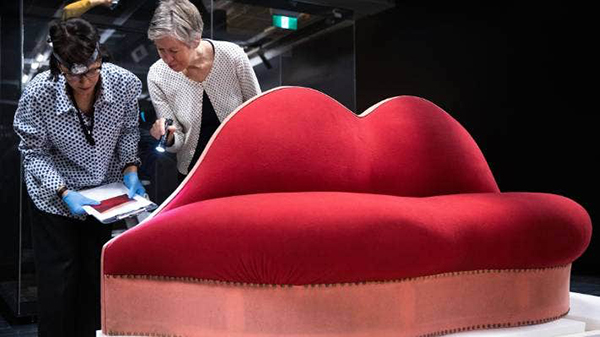 A discreet convoy of unmarked trucks travelling in the dead of night down the Desert Road was the last leg of a journey shrouded in secrecy and security that’s brought a massive collection of surrealist art to Aotearoa from half a world away.

And for the first time, the national museum has revealed the shadowy work that’s gone into importing works of art worth hundreds of millions of dollars. 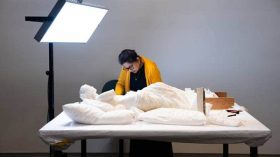 Davy said only a handful of trusted staff were kept informed about the works’ exact whereabouts to ensure maximum security while the shipment was in transit from Museum Boijmans Van Beuningen in the Netherlands.

Those people – who include specialist staff from the Rotterdam museum who had to stay in MIQ facilities on their arrival– are there to supervise and ensure the artworks are looked after.

“They move through the world in ways the rest of us can’t,” Davy said, adding the pieces travelled on two Singapore Airlines flights – one freight flight and smaller works on a passenger flight – making stops in Singapore and Australia. 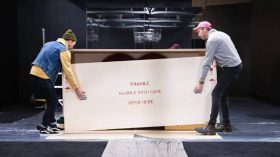 Nobody involved was told more than they needed to know, meaning the truck drivers who travelled to Wellington from Auckland Airport via the Desert Road might have had no idea of the true value of what they were transporting.

Handlers from Dutch art transport company Hizkia Van Kralingen facilitated customs processes, so the museum did not have to pay tax or duty for the exhibition, which is here only to October.

Crates used for the 180 works were of the internationally renowned Turtle brand. They ensure climate control, with even small variations in humidity and temperature buffered and shock/vibrations being absorbed via layers of specialised impact-resistant foam. 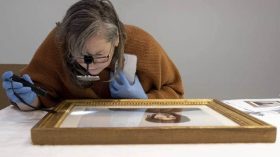 Some crates were personalised for works, while other generic ones housed several objects. The works were braced into their crates, which were then strapped onto large metal airline pallets before being covered in nets and plastic. The art was then clipped to the plane floor using mechanical restraints, ensuring they do not budge, even in extreme turbulence.

The biggest risk of paint flaking away is bouncing around luggage carts on airport tarmacs. Those crates ensure the works can endure the same handling. They are also specially sealed, so air inside does not change the entire transit – meaning some of Rotterdam’s atmosphere was released in New Zealand when the works were unboxed the first time. 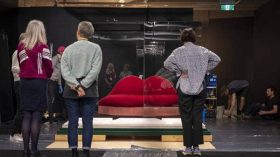 Usually, artworks are accompanied by staff on flights, but this was not possible due to Covid-19 restrictions. Instead, images and videos were sent by agents so Te Papa staff could track progress around the world.

Their true monetary value cannot be revealed for security and insurance purposes, but Davy said all items had significant cultural, artistic and historical value. The Government indemnified the exhibition, meaning insurance was covered. While police did not escort the works to Wellington so as not to attract attention, they have been on stand-by. 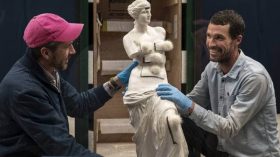 Before they left the Netherlands, detailed condition reports were compiled on each work, and once at Te Papa staff unpacked them one by one before new reports were made by conservation specialists to ensure nothing changed in transit. This is done in a painstaking manner with a magnifying glass, under raking light.

Custom mounts, frames and cases were made to support the works. Detail down to the placement of lights, and exhibition design was carefully planned ahead of their arrival.

“They’re so beguiling and beautiful and strange and intriguing. They’re more captivating [in person],” Davy said. “We’re in the business of making magic.” 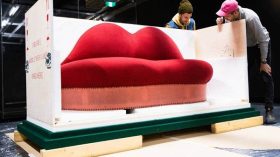