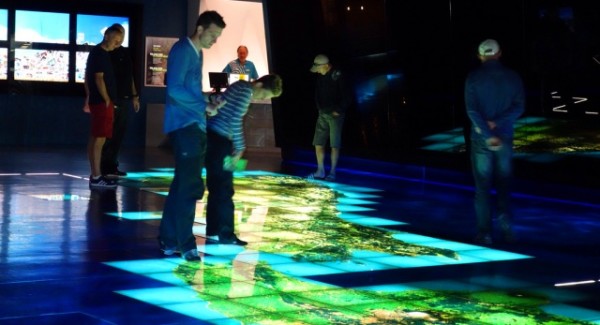 Te Papa is one of nine New Zealand destinations named in Lonely Planet’s top 500 places on the planet.

The book Ultimate Travelist highlights places the experts at Lonely Planet believe every traveller must experience.

Te Papa joins eight other destinations in New Zealand, all of them natural attractions such as national parks, Stewart Island and Waitomo caves.

“We are delighted to make the cut as one of the must-visit destinations in the world,” says Te Papa Chief Executive Rick Ellis.

“It’s especially exciting to be the one man-made place in New Zealand on the list. When you find yourself in the company of Fiordland National Park and Waitomo Caves, you know you are doing something right!”

With the museum a “must see” for international tourists, Te Papa has made Wellington a “must visit” destination.

“This confirms what we hear from our visitors every day, that Te Papa is a magnet that brings them to Wellington, and a “must do” on any visit to New Zealand,” says Mr Ellis

Almost half of Te Papa’s visitors are international, and the museum is continuing to see a huge influx of travellers visiting Wellington on cruises.

Positively Wellington Tourism Chief Executive David Perks says the acclaim is a fitting testament to an attraction that has been transformational for the creative capital.

“Te Papa has played a major role in an over 60% growth in commercial guest nights in Wellington since it opened in 1998. Their innovative and engaging approach to storytelling is a huge asset to the city and offers tremendous value to our visitors. To be the only manmade attraction named on the list is a phenomenal and well-deserved achievement.”

“Te Papa hosts are the ones out there every day making the visitor experience so special, and they should really take a bow,” says Mr Ellis.

“We’ve had two incredibly successful exhibitions this year, Gallipoli: The scale of our war and Air New Zealand 75 Years: Our nation. The world. Connected. Both are very New Zealand stories, and both have been just as popular with our international visitors as our locals.”

“Telling New Zealand’s stories to the world is what we do best, and being on this list is just another recognition of that,” says Mr Ellis.

Te Papa is also ranked number one on Trip Advisor for museums in the South Pacific, and 24th in the world, along with the iconic museums of London, Paris and New York.