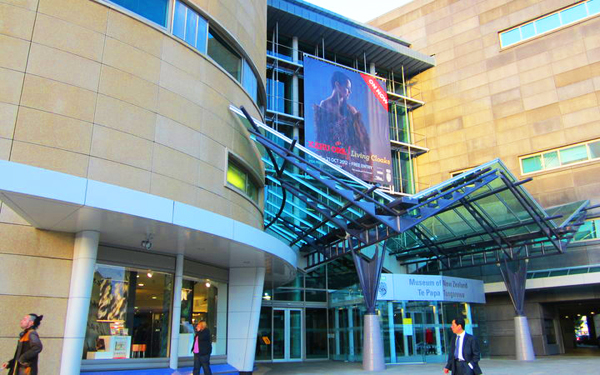 Te Papa has scaled back a proposed restructure of its collections team to what was first suggested after a backlash.

The national museum has briefed staff on a new proposal, and is taking feedback on the plan.

It comes after RNZ reported in July that the museum was being restructured, with 20-25 jobs on the line.

There was a backlash to the proposal, particularly to changes in the collections team – where 10 jobs were at risk.

In the new proposal five jobs are on the line in the collections area, but two of those are already vacant.

The changes to the first proposal had good feedback from staff, head of science Dr Susan Waugh said.

“We got some really detailed and considered feedback from within the teams and that gave us some pause for thought to look more strongly at a different approach to it, so we took an opportunity to go through a really thorough root and branch review.”

In August, the museum announced an international panel would review how the natural history collections were looked after.

The review found while the natural history collections are well managed and the museum is taking the right steps to modernise its approach to collection care, it needed to figure out how to bring in more staff to look after the collections.

That work had a strong influence, Dr Waugh said.

Change proposals were put out as consultation pieces, and she would hope there would always be change as the staff being consulted experts in their field.

The changes sought to bring in bring in career opportunities through entry level positions, she said.

A fossil expert who strongly opposed the restructure said the new proposal was a good outcome.

Associate Professor Trevor Worthy spoke out about the proposed job cuts when the first proposal was exposed.

The updated was good news, given the concern the science and museum community in New Zealand and overseas had raised, he said.

“They did the right thing and then sought a review, and now it appears they’ve taken at least some heed of that review. That’s better than what’s happened in the past, that’s actually quite good.”

However the museum had not addressed the absences in staff.

“Basically you’re talking about the same number or maybe fewer staff than you have now, but no filling of the gaps that have happened in the last 10 years, by various restructures.”

A Te Papa spokesperson said the proposal re-balanced the team of science curators.

It would include assistant curators, curators, and lead curators, rather than the whole team being curators.

That better recognised the mix of experience needed in the team and provided for better career development.

A final decision on the proposal was due in December.

The restructure in other areas of the museum had been completed.