You are here: Home » Articles filed under: 'News' » Article: 'Te Papa, taonga and the coronavirus'

Te Papa, taonga and the coronavirus 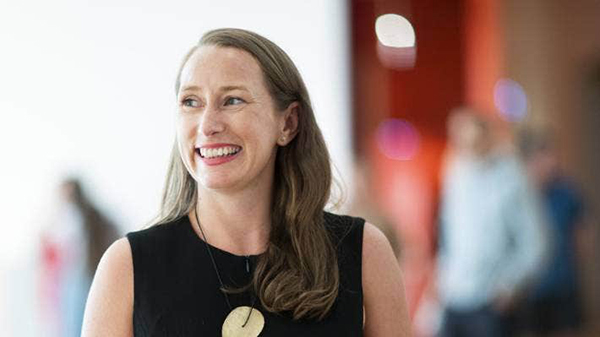 On March 20 last year Courtney Johnston stood in the entrance doors of Te Papa and wiped away a tear as visitors left the building for what was then an unknown period.

The Museum of New Zealand had only closed twice before, for two two-day periods after the Kaikōura and Christchurch earthquakes. In the lead-up to 2020’s closure, which would turn out to be a record 68 days, the museum had been watching headlines about the coronavirus worsening as its pandemic response team formed. 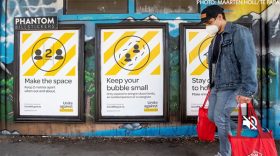 There was talk of a risk “tipping point” which would close the museum, and a rehearsal of closure was performed the day before it actually happened. It was the middle of cruise ship season, and international tourists – which make up about half of Te Papa’s 1.5 million visitor population annually – were still coming through.

For Johnston, the youngest-ever chief executive/tumu whakarae, who was three months into the job on the day of closure, the moment harkened back to a documentary of the museum’s opening. In many ways what she was witnessing was the mirror-opposite scenario. 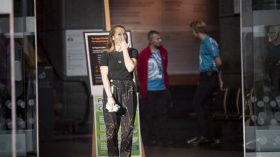 Johnston wipes a tear away as the last visitors leave Te Papa before its 68-day closure last year.

“As a museum person, one of the really fascinating things about this time is this sense I think we’ve all shared of really actively living in history … you’re part of something that looks like what you watch in the movies. My sense of that was really heightened,” she said.

Johnston wasn’t upset – she was comfortable with the decision to close – but the conscious sense of being part of something historic was visceral. “It was a new unknown … I was moved.”

Te Papa has a role to keep New Zealand’s cultural memory safe that’s enshrined in legislation. Closing those doors was a protective act, both for its collections and the people of New Zealand. But there was no knowing then of when they would reopen. The museum, which reports to the Ministry for Culture and Heritage, was eventually given $18 million from the Government’s Covid-19 fund to stay afloat, with its cafe, catering, parking, conferences and venues all put on brake. 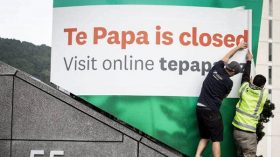 While 68 days felt like a long time, Johnston looks at what’s happening around the world now and feels nothing but fortunate that her institution is open and was able to retain all its staff.

Uncomfortable questions talked about during lockdown may have had lasting change on the museum. Over the last 25 years, there’s been a trend towards interactive storytelling and experiences already in museums worldwide. During lockdown people wondered whether tactile exhibitions – something Te Papa is known for – would feel safe again. Johnston says those fears will only advance more exploration into immersive digital experiences rather than object-based ones. 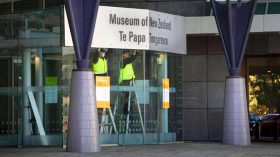 The museum had previously only closed for two days on two prior occasions.

And as international freight lines have been suspended, touring exhibitions from overseas become more difficult to import and display. Despite this, Te Papa is forging ahead with an ambitious punt to get works by Dalí and other surrealists to Wellington in June – something Johnston says is important to keep portals open with the rest of the world when international travel is essentially forbidden.

At its core Johnston feels Covid-19 has made societies deeply aware of history and how individuals sit within it in their own identities. Looking at how iwi responded to the virus by protecting whakapapa and mātauranga Māori, Johnston says the museum also had an opportunity to reflect on how individual communities are experts in their own knowledge bases.

Johnston says Covid-19 will continue to speed up the shift away from the western museum ideal that knowledge is stored in one place – “at times like that you hold onto culture and identity even harder”. 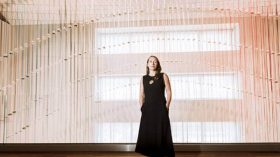 Johnston says Covid-19 has given the museum the opportunity to focus on local knowledge holders and stories, and think about how to incorporate digital elements into exhibitions more.

For Johnston, who grew up on a dairy farm outside of New Plymouth and went to a “really Pākehā” school, those world understandings are still happening. Over summer, she and partner Reuben Friend, the director of Pātaka Art Gallery and Museum in Porirua, spent a day driving around sites in Taranaki which harkened back to the New Zealand Wars.

Johnston was not even aware of the sites growing up. “That’s the power of museums, art galleries and artists – to tell our stories. There’s so many we haven’t heard still.”

Telling the stories of all the people of Aotearoa has been Te Papa’s guiding mission since it opened. Three boulders in front of the building represent Tangata Whenua (the first settlers), Tangata Te Tiriti (people who have a right to stand here by virtue of Te Tiriti o Waitangi), and Papatūānuku (mother earth). 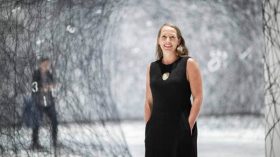 Johnston thinks of those groups – Māori, all communities of New Zealand, and the environment – as her key stakeholders. “It’s where I take all my guidance from.” While a virus or other disaster may close the museum’s doors, those stones remain as touchpoints.

Now one year in, Johnston feels “the same as everyone else” at Te Papa – something she says has been a hidden blessing born from the pandemic. She still occasionally gets surprised reactions when she’s introduced as chief executive, but is getting better at explaining to people that she cannot change the fact she’s a woman, or in her 40s. “I’m getting old as fast as I can.” 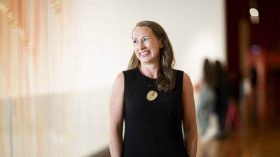 Johnston says at the end of 2020 she felt like a “giant stretch mark”, because she had grown so much.