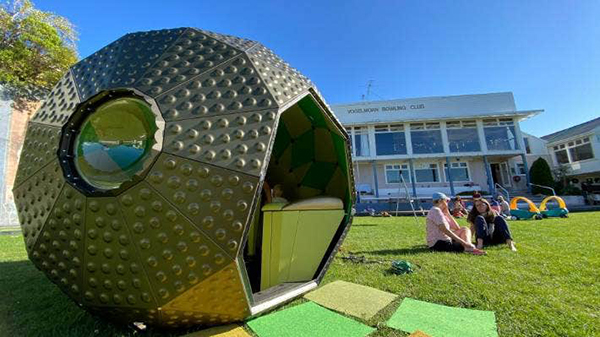 Known as EggFruit, the capsule is a mobile recording booth where anyone can share their thoughts and exchange opinions on the Covid-19 pandemic. Thomas Lahood/Barbarian Productions/Supplied.

People walking near Wellington’s waterfront and Te Papa will find a mysteriously-shaped capsule has landed on the museum’s forecourt.

Known as EggFruit​, the capsule is a mobile recording booth where anyone can share their thoughts and exchange opinions on the Covid-19 pandemic. The free activity opens on Thursday.

This space for exchange and reflection comes at a time when New Zealanders have recently left high lockdown alert levels. Until midnight Monday, Auckland was at alert level 2 after three community cases plunged the region into a snap 72-hour lockdown.

EggFruit is part of Te Papa project, Making Histories: Communities and Covid-19, which aims to create long-term conversations on work, health, racism and inequality in Aotearoa during this time.

“I think visitors will find it appealing and mysterious,” Ng said.

“It’s about sharing views, like putting a mosaic together into a big picture.” 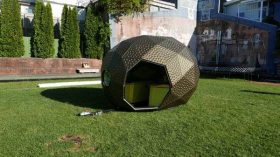 EggFruit is part of Te Papa project, Making Histories: Communities and Covid-19, which aims to create long-term conversations on work, health, wellington, racism and inequality in Aotearoa during this time. Thomas Lahood/Barbarian Productions/Supplied.

Anyone could take part and there would be activities beforehand which would help people be ready for when they wanted to record their views.

Ng said the recordings were all anonymous which helped make people feel safe when talking about a serious topic, saying EggFruit as a whole, helped give the hard topic a soft edge.

“It’s a really inviting booth-like environment, and you have a lot of control and agency before you’re ready to share,” Ng said. 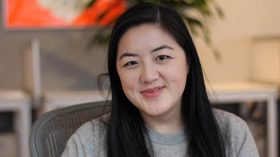 Emma Ng, public programmes specialist at Te Papa, says EggFruit is “about sharing views, like putting a mosaic together into a big picture”. (File photo).

Working with Barbarian Productions – an independent theatre company that came up with EggFruit, Ng said the kaupapa of the object was a good fit with Te Papa’s project.

It was inspired by how small towns had giant objects such as the Ohakune Carrot, Taihape’s gumboot, and Tīrau’s sheep and sheepdog. 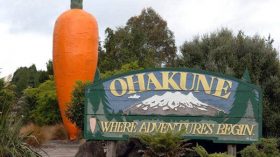 “We wanted it to be something people interacted it, and it was initially designed to represent a kiwifruit. Once it was built, we wanted to move away from calling it a giant kiwifruit – it’s partly an egg, partly a capsule, and has a feel of a kiwifruit.

“Mash it together with the idea of an egg, and you get EggFruit.”

He described EggFruit as a social and creative technology as well as an investigation into people’s thoughts and how public consultation can take place.

Last weekend, EggFruit popped up near TSB Arena and people were asked if they saw themselves as part of the team of five million.

“It’s an intimate and private space where people have space of reflection.”

There were great conversations to have around Covid-19, he said.

EggFruit is open to the public from February 25 to February 28 at Te Papa forecourt.