You are here: Home » Articles filed under: 'News' » Article: 'Te Papa & what should the story of NZ'

Te Papa & what should the story of NZ 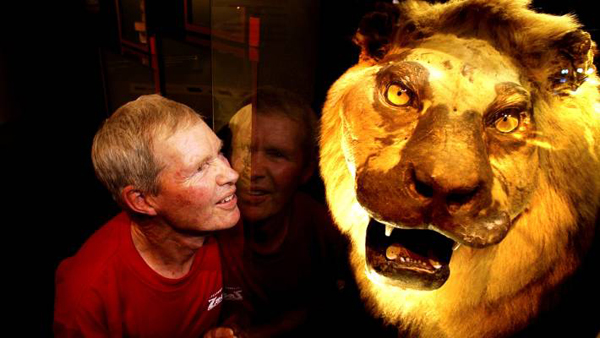 King Dick – the first animal on display at Wellington Zoo – is one of the objects Te Papa recently removed from its collection. It was given to the Wellington Museum in 2017. (File photo.

Nikki Macdonald, What should the story of New Zealand in 2.5 million objects look like?, Stuff, 26 January 2019

Should it stay or go? That’s the question being asked of Te Papa‘s 2.5 million collection objects, as the museum rethinks what a national collection should look like.

Preliminary work found the current story of New Zealand in 2.5 million objects is mostly the story of middle and upper-class Kiwis. The art collection lacks work by female artists and the history collection is Eurocentric, poorly-documented and under-represents religion, schooling, popular culture and work.

Te Papa’s Collections Strategy 2018-2023 outlines plans for a “focussed, rather than comprehensive” collection “to grow New Zealanders’ understanding of who we were, are and can be in the world we live in”. They’re on the hunt for items “of low value”, duplication and objects that no longer fit.

In the gun are likely to be the museum’s international collection – including the mummy and sarcophagus of Egyptian girl Mehit-em-Wesekht – and international art. The historical photography collection is also under review and could be rehomed elsewhere, such as the National Library.

Collection storage is nearly full in many areas.

Te Papa’s director of collections, research, and learning, Dale Bailey, said it was important to constantly reassess the collection and the stories it told.

“The question is really – what should be in the national museum collections of New Zealand? What are other people collecting around New Zealand and how that in total reflects our view of the world and our interaction with it.”

They were yet to decide what to get rid of, but expected to have a plan by  the end of June on how to tackle the collection review, Bailey said.

The museum is pulling back from its international art collection, deeming it “low priority” and axing its specialist curator. Bailey said they would not expand the collection, which includes British works pre-dating New Zealand’s colonisation. However, they had no immediate plans to offload it. Internal documents say axing the international art curator was “not widely supported”, with feedback stressing that New Zealand art was influenced by international art movements.

The international collection, which includes the Egyptian mummy, will also be “reviewed for fit”, documents say.

Bailey said storage was increasingly squeezed and room was needed for future collecting “because New Zealand hasn’t finished yet”. Te Papa’s planned South Auckland offshoot would include an extra 8000m² of shared storage, but it was not known what collections might move.

Items can be removed from Te Papa’s collection if they are “no longer relevant”, in irreparable condition or are to be repatriated or transferred to another institution. Only seven objects have been removed since 2014, of which five were transferred, one was returned to the donor and one was given to charity.