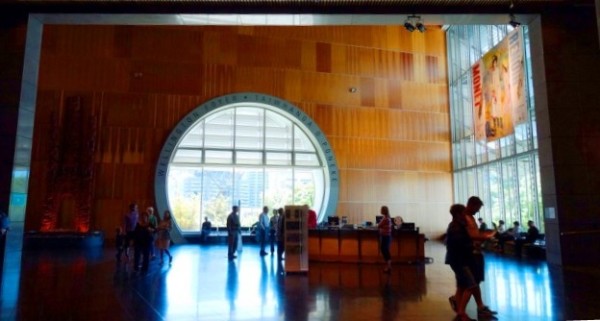 Te Papa‘s controversial plans for a South Auckland exhibition and storage space are on hold, after its $40 million budget bid was rejected.

The cost has blown out by a third and the project director has now left the museum.

The Te Papa Manukau project was announced in 2013 by then culture and heritage minister Chris Finlayson. It proposed a new shared exhibition, education and storage facility in South Auckland’s Hayman Park, which would house up to half of Te Papa’s treasures.

The project was to be a collaboration with Auckland Art Gallery and Auckland War Memorial Museum, with Te Papa shouldering the building and running costs.

Te Papa chief executive Rick Ellis has revealed that a budget bid was submitted to the Government earlier this year, but was declined. Te Papa intended to submit a refined proposal in the next budget round, he said.

“We are very committed to it. I would hope – as does the board – that we will be successful in a future budget bid.”

Positions Vacant » View All
» Exhibition Experience Developer – Te Papa
» Operations & Science Centre Mgr – Otago Museum
Latest News » View All
MV’s Melbourne Museum turns 21
- 21 things about MM Read more.
ANA Analysis Paper – 21st century priorities
for Australian arts and culture policy Read more.
Science Museum announces Energy
Revolution: The Adani Green Energy Gallery Read more.
IWM unveils second world war & Holocaust
galleries – 7 year project Read more.
Indigenous cultural heritage ‘at risk’
until new protection laws pass Read more.
Top +
Council of Australasian Museum Directors, c/o Ms Daryl Karp, Museum of Australian Democracy at Old Parliament House PO Box 3934 Manuka, Australian Capital Territory 2603 Australia, © CAMD 2021
Copyright: All information and resources provided on this website remain the copyright of the Council of Australasian Museum Directors. Permission is granted for viewing and downloading for personal and not for profit purposes. Those wishing to reproduce any materials for commercial, educational or other uses are requested to contact us.
Disclaimer: The content of this website is provided for information purposes only and is not intended as a substitute for professional advice. No claim is made as to the accuracy or authenticity of the content of the website. The Council of Australasian Museum Directors does not accept any liability to any person for the information or advice (or the use of such information or advice) which is provided on this website. The information on our website is provided on the basis that all persons accessing the site undertake responsibility for assessing the relevance and accuracy of its content. No responsibility is taken for any information or services which may appear on any linked web sites. Hostgator.
.