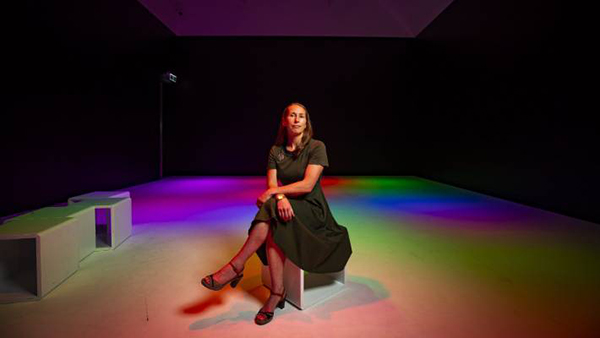 “It was being put into this box that I had no say about. It became really important to me that that tragedy would not be the first thing people thought of when they saw me. That they wouldn’t go ‘Oh, poor Courtney, the terrible things that have happened to her’.”

It was 2012 and Johnston’s husband William McAloon had committed suicide, after a long battle with depression.

An art history graduate, Johnston had always planned to become an art curator. But McAloon – who curated art at Te Papa – was older and already established in the job, so to avoid competing she’d switched focus. She’d worked as a visitor host at Te Papa and as publicist at City Gallery, created digital connections for the National Library and was by then running a digital media company.

But after McAloon’s death she saw the vacancy for director of Lower Hutt’s Dowse Art Museum and Petone Settlers Museum. Out of sheer cussedness, she applied. The arts world was such a closed shop – one gallery director left, then everyone played musical chairs. It pissed her off.

She was the underdog of five candidates – the other four had all done similar jobs before. But in her world of loss, anything was possible.

“Grief can shut you down, but sometimes if you’re really lucky it breaks you open. I felt really raw and open to the world, but I also felt like I had nothing to lose.”

It’s fitting that Te Papa founding chief executive Cheryll Sotheran was on the selection panel, because winning that job launched Johnston on to the path to this office. The office (already festooned with her step-daughter’s unicorn drawings) of the youngest chief executive of one of the country’s biggest – and most controversial – cultural institutions. 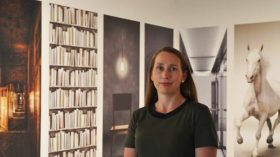 Having been on Te Papa’s leadership team for just a year, as director of audience and insight, 40-year-old Johnston was seen as a long-shot choice.

When she started at the Dowse, she said a measure of her success would be the happiness and fulfilment of her staff. That’s no doubt one of the reasons Te Papa chairwoman Fran Wilde chose her ahead of more experienced competition, to lead the museum out of a year of pain, anger and bad press.

Petite and quietly spoken, Johnston’s a warm breeze drifting through the exhibition halls, stopping for chats with museum hosts, greeting them by name.

But she will have the job of a lifetime restoring morale, which hit rock bottom last year following a restructure that ruptured relationships inside and outside the museum. Staff called the environment toxic; there was an exodus of senior people; and scientists around the world spoke out against the axing of collection managers who were internationally renowned in their fields.

Johnston won’t say the restructure was a mistake, or that she would have done things differently. But she acknowledges it’s left sores that need healing.

“I think working at Te Papa should be the pinnacle of a New Zealand museum professional’s career … The last few years, with the restructures, have been hard on people. I take that responsibility really deeply.” 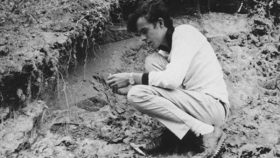 Following a string of short-lived chief executives, Johnston plans to stick around for 10 years. And as a museum person, she reverses a trend to hire business bosses, which angered the museum sector. While she comes from the art world, she says she’s equally committed to the three pillars of Te Papa: Papatūānuku (Mother Earth); Tangata whenua (Māori); Tangata Tiriti (non-Māori).

Four years on the board of Museums Aotearoa, including 18 months as chairwoman, also gave her a good insight into the wider museum context. However, she acknowledges science is her weak point.

“Science is the area where I’ve got the least hands-on experience, so it’s the place where I do want to commit the most to spending time.” 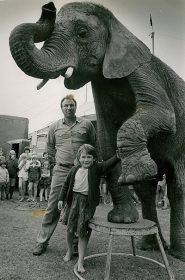 Johnston is not new to media exposure, having featured in this 1985 photo, when the circus came to Mangorei School. Stuff.

Growing up, Johnston’s world was a single Taranaki street. Mangorei Rd housed the family dairy farm settled by her great-grandparents when they emigrated from Scotland. It hosted her primary school and the secondary school where she met the first female mentor who redirected her life’s compass.

Her family wasn’t arty, but her form teacher Claire Hall also taught art history and her 7th formers seemed the height of glamour. And when Johnston got a car, she discovered New Plymouth’s Govett-Brewster art gallery.

She was inspired by the energy of young Kiwi artists such as Michael Parekowhai and Shane Cotton, who were examining what being a Kiwi meant through art.

Twenty years on, Te Papa – like cultural institutions worldwide – is having that same discussion about museums. The International Council of Museums has even proposed changing its 50-year-old definition of a museum, to include potentially politicising concepts such as “contributing to human dignity and social justice, global equality and planetary wellbeing”.

Johnston says Te Papa is already ahead of the game, having been set up as a forum for the nation. She wants Te Papa to get Kiwis talking. And despite farmers getting upset at Te Papa using brown water to illustrate farming pollution, she has no plans to back away from difficult discussions.

“We can’t afford to shy away from hard stuff, just because it’s uncomfortable to talk about. Because the hard stuff is the most important stuff for us.”

However, she acknowledges that museums come with historical bias. A recent collections review found Te Papa’s story of New Zealand was skewed male, white and middle to upper class.

“We can see the imbalance of the past and work to address it,” Johnston says. “I think it’s one of the most powerful areas we get to act in.”