February 6th, 2019 | Browse other: News. | Tagged with: Te Papa restructure risks loss of science expertise, The power of the object | 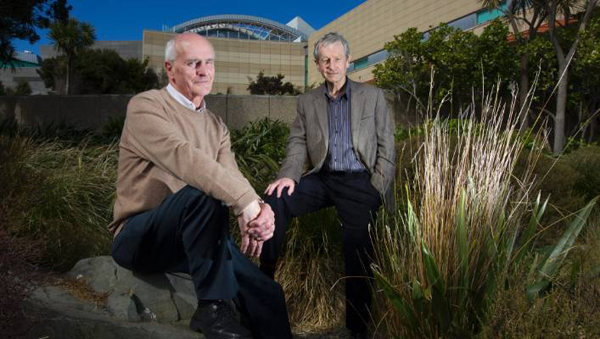 It’s the smallest of sentences, but it hit Anton van Helden like a tonne of bricks.

Van Helden used to be that marine mammal guy. The guy who identified stranded whales. The guy who responded when a beach-walker wanted to know if they’d found the motherlode of sperm whale vomit, better known as ambergris. The guy who looked after the precious whale bones that were last year found covered in bacteria. But he got the boot in the national museum’s 2013 restructure.

“it still hurts me every time I think about it. Because I love that collection. That is what I am about.”

Now, another restructure threatens another tranche of collection management expertise and passion, which critics say is both crucial and irreplaceable. It’s also rekindled concerns about the country’s commitment to its nationally significant collections, which provide the key to understanding New Zealand’s past, present and future.

The power of the object

To understand why Te Papa’s collections matter, you have to understand their purpose. New technology is constantly unlocking new possibilities for dusty flakes of history to reveal how the world is changing.

Nic Rawlence, an Otago University lecturer in ancient DNA, spent three weeks in museum basements in Canterbury, Te Papa and Otago measuring old bones, to understand the shape of the giant swan that once roamed New Zealand. Te Papa’s collections are a treasure trove of New Zealand’s archaeological and natural history, he says.

“Photos can help, but they can’t replace holding something …There are fossils in Te Papa that I work with going back 60-70,000 years. I would not be able to do the research that I do and answer the questions that matter to New Zealanders without Te Papa’s collections. And that’s looking at what New Zealand was like when humans arrived, the impacts of climate change in humans. How can we learn from it? How do we take that info on how New Zealand has changed to conserve what we’ve got left and possibly turn back the clock?”

Mike Rudge looked after the national collections from 1994 to 1998. He remembers a visitor asking if a 1.4-metre, 1200kg fossil of an ancient ocean ammonite was a concrete replica.

“When I said ‘no’ they were thunderstruck – that a creature like that could be moving around in the ancient seas. I felt quite moved by that, because that’s the power of the genuine object.”

He’s all for digitisation and augmented reality, which could allow people to virtually swim with an ammonite. But there’s no replacing the real deal.

“I think it’s a huge mistake for anybody to say we don’t need the real object. It’s like saying we’ve got all these David Attenborough films, we don’t need lions any more … Let’s by all means augment, but not trash on the way through.”

Te Papa’s head of collections, Dale Bailey, doesn’t disagree. He rates the importance of Te Papa’s physical collections, including its 1.4 million natural history specimens, a 10 out of 10.

“We are not a museum without them. They are at the very core of what we do.”