You are here: Home » Articles filed under: 'News' » Article: 'Te Papa’s Gallipoli: The scale of our war'

Te Papa’s Gallipoli: The scale of our war 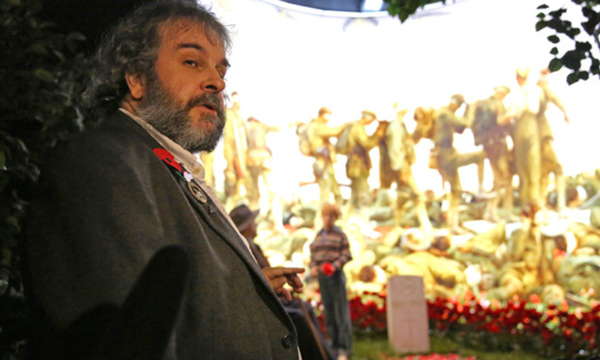 We take great pride in Sir Peter Jackson’s reputation as a filmmaker, but The Great War Exhibition is soaking up millions of public dollars that might have funded so much more, and not just in Wellington, writes military historian Dr Stephen Clarke.

Ten years ago I drove the founding director of the new Canadian War Museum up to the National Army Museum at Waiouru. On the long drive back to Wellington he politely but frankly stated, “Tear it down brick-by-brick and build it again in Wellington.”

The story of attempts to have a National War Museum in the nation’s capital goes back to the end of the First World War and calls for a place to exhibit the official collection of captured war souvenirs. The Carillion in Buckle Street, completed in 1932 (and joined in 1936 by the adjacent Dominion Museum and National Art Gallery), was the initial stage of the National War Memorial that included plans for the display of war memorabilia. After the Second World War it was planned to have two museum wings, one for each World War, and indeed two Unknown Warriors. After wrangling over cost the moment was lost and eventually a simple but dignified Hall of Memories, minus the museum, was dedicated in 1964. One Unknown Warrior would be interred to much fanfare forty years later in 2004.

When the Labour government in the 1980s chose to build a new National Museum and finally vacated the old Dominion Museum building before the opening of Te Papa in 1998, there were occasional waves of hope that the building could make a fitting National War Museum. In the build-up to the Centenary of World War One during 2014-18 and plans for Pukeahu National War Memorial Park the idea once again surfaced under the Minister for Arts, Culture and Heritage Hon Christopher Finlayson in the National government.

Sir Peter Jackson’s Great War Exhibition proposal for the old Dominion Museum building came out of left field, to the surprise as well as dismay of many in the museum sector. I recall as chief executive of the New Zealand RSA both Te Papa and the Auckland War Memorial Museum were regularly consulting me on their centenary plans during 2012-13. I certainly do not recall hearing details about the Great War Exhibition project prior to my departure from the RSA in late 2013.

After a stint working on the start of the First World War Centenary in the United Kingdom, including the phenomenally successful poppies installation at the Tower of London in 2014, the first things I wanted to see on my return to New Zealand were Pukeahu National War Memorial Park, Gallipoli: The scale of our war and the Great War Exhibition.

Pukeahu is a fittingly space for reflection and commemoration where once the hustle and bustle of State Highway One dominated our National War Memorial. Gallipoli: The scale of our war at Te Papa is a modern and professionally curated exhibition made famous by Sir Richard Taylor and Weta Workshop’s larger than life-size figures from the campaign. They literally reach out and grab visitors emotionally, which is a key to engagement and education as well as reflection and remembrance that the exhibition does really well. With 1.8 million visits at the start of 2018 –making it the most popular exhibition in New Zealand’s history – and consistently positive feedback I’m not alone.

The Great War Exhibition by contrast is a mock old-fashioned museum experience. The highlight is a large diorama of the Battle of Chunuk Bair at Gallipoli in August 1915 but this too is an old-style way of presenting history in museums. Overall, the Great War Exhibition left me cold reminding me of the small amateurish museums that you find dotted across the Western Front – but these are sites of memory displaying the objects from the battlefields in their vicinity. The visitor numbers to the Great War Exhibition are compatible too at 81,000 visits in the last financial year. I have not seen the recently launched Quinn’s Post Trench Experience exactly because it was released three years after the centenary of that time its replicates at Gallipoli. The key to anniversary exhibitions is timeliness!

So within walking distance in central Wellington there are two large public-funded (both to the tune of $8M) and essentially competing exhibitions (Gallipoli: The scale of our war is free while the Great War Exhibition charges a fee of $15 for adults, children are free). This public–private business model, its governance and management seem to have been missing in action (as confirmed by one insider that has contacted me), and as the centenary rolled on it never caught up. Now the New Zealand Herald reveals “Taxpayers face $12.7m or higher bill for Sir Peter Jackson’s delayed WWI museum” to deconstruct the exhibition this year and return the Dominion Museum building to use by Massey University, or fork out $50 million to purchase the building outright. We take considerable pride in Sir Peter Jackson’s world-renowned reputation as a filmmaker and acknowledge that he has done much to support the New Zealand creative industry, but this whole project seems to be a state-funded indulgence of his private passion for World War One.

The real issue is how could these millions of dollars in state funding have been utilised in other ways and in other places, outside Wellington. A four-year travelling exhibition, for example, could have complemented the many other exhibitions in regional museums, galleries and libraries as well as worked well alongside schools. For one of the legacies of the World War One Centenary has not been in stone but individuals and communities discovering the war story of those from their family or down their street one hundred years ago.

This rediscovery and the new ways to remember them, not least public participation in creative installations such as the community Fields of Remembrance, have been the standout of WW100 for me. This renewed interest has refuelled Anzac Day commemorations, indeed celebrations, as the day shifts to also express our sense of Kiwi identity. New Zealanders have also been revisiting Gallipoli but also the Western Front in numbers not seen since World War One.

With this renewed sense of connection and participation in Anzac Day, and a fledging awareness of our own “Great Wars in New Zealand” – the New Zealand Wars of the 19th century – there is still a strong argument for a National War Museum that tells the full story of New Zealanders at war and its ongoing impact on our society today. But retrofitting the old Dominion Museum building is not the way.

The original decision to vacate it by the National Museum and the failure of the Great War Exhibition reveal that this site no longer works for a modern museum experience. The new government instead needs to redo the mahi; to develop a strategic vision and plan for delivering a modern purpose-built museum befitting this significant part of our history. We are still a long way to a National War Museum.