Te Papa’s most viewed objects of 2017 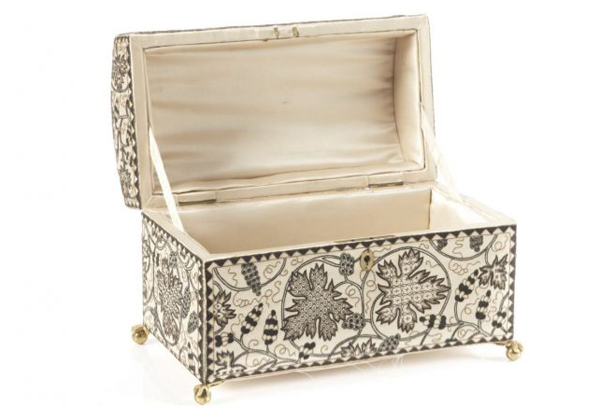 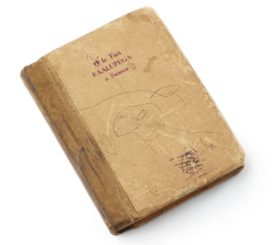 Our most viewed object of 2017 is the book O le tusi fa’alupega o Samoa, published in 1915, which includes key chiefly titles from Upolu, Savai’i, Apolima and Manono. This knowledge is usually acquired over time by matai (chief) and are recalled and acknowledged in speeches during special ceremonies and events.

This book represents an important collection and moment in Samoa’s history, where indigenous Samoans collated the oratorical recollection of titles in written form. This was the first of its kind, as previous publications of fa’alupega were published through the work of foreigners.This edition was published in 1981.

We suspect that users hope to be able to download the text of the fa’alupega of Samoa, as there are few online sources for this information. It highlights peoples interest in the history of their villages, family names, and chiefly titles. If you do want to read the full contents of the book contact us to book an appointment. 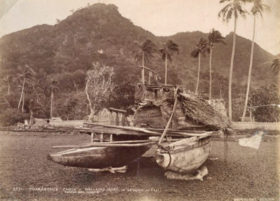 In the late 1800s, Thakambau (correct spelling Cakabau) was a leading Fijian chief. This is probably his drua, a double hulled sailing canoe used for inter-island voyaging.

This particular photograph by the Burton Brothers appeared in a Reddit post about vessels used for early Pacific voyages.

This box is an exceptional example of traditional Elizabethan black work reinterpreted in the 1920s by a very skilled, disabled soldier (or soldiers) as a royal gift to Queen Mary (1867–1953). The organisation which presented the gift, The Disabled Soldiers Embroidery Industry, was a favourite charity of the Queen who took a great deal of interest in it and often visited those involved.

This box was the subject of a presentation by Dr Joseph McBrinn (Ulster University) at the Myriad Faces of War symposium held at Te Papa in April 2017. 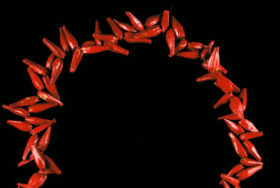 This type of necklace is called an ‘ulafala. It is most often worn by Samoan tulafale (orator chiefs) and is made from segments of the pandanus fruit.

This ’ulafala was given to an unspecified Governor General of New Zealand between 1960 and 1990, and left in the attic in Government House, Wellington, until given to the Te Papa.

Pisupo lua afe (Corned Beef 2000) is a popular sculpture on Collections Online every year. It’s made from flattened corned beef tins that have been joined together with dozens of rivets. It was first exhibited in the landmark exhibition Bottled Ocean, curated by Jim Vivieaere at City Gallery, Wellington, in 1994.