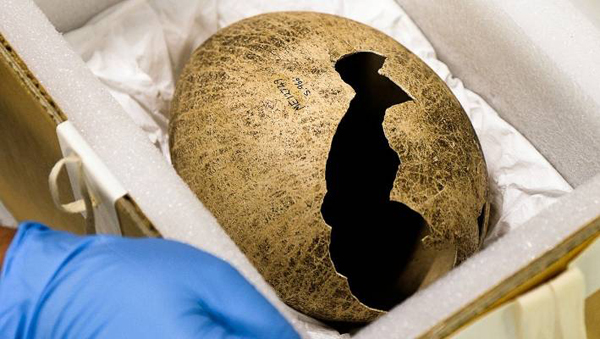 Among the new exhibits at Te Papa’s renewed nature zone will be a rare moa egg.

A priceless 700-year-old moa egg, one of only 36 in the world, will be at the heart of Te Papa’s brand new $12 million nature zone.

The museum has announced plans for a new 1400 square-metre permanent attraction, which will feature the return of two old favourites – the colossal squid and a revamped Edgecumbe Earthquake House.

Te Papa has labelled the new nature zone its biggest change since the museum opened in 1998.

Known as Te Taiao Nature, the zone will feature more than 1200 collection items, along with dozens of interactive experiences, from creating your own tsunami to weighing in against a giant moa.

The museum’s natural history collections would be showcased throughout, including a moa egg dating at least 700 years – one of only 36 known mostly-intact moa eggs in existence.

Te Papa has four of these in its collection, and they will be on alternating display within Te Taiao Nature.

“This is a brand-new experience, unlike anything else in the world, and one that every New Zealander is going to want to see for themselves,” Martin said.

Dr Susan Waugh, Te Papa’s Head of Science, said the exhibition would inspire visitors to take action and be a catalyst for change.

“Te Taiao Nature is all about sparking curiosity, wonder, and positive action as we embrace our role as kaitiaki (guardian) of this precious land.”

The new nature zone is the result of a partnership involving the museum, iwi, communities and researchers, including the Earthquake Commission (EQC) and GNS Science.