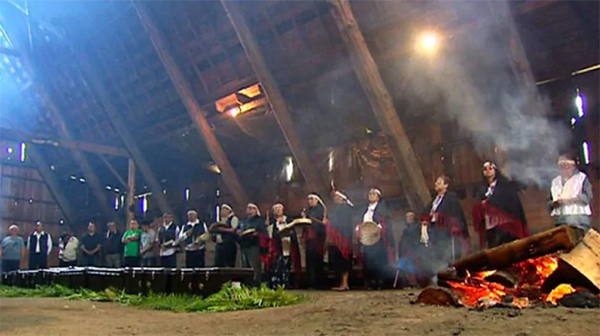 A 2008 ceremony at the American Museum of Natural History in New York City for members of the Tseycum First Nation who took home remains of 50 ancestors held by the museum. The bones were removed from burial grounds on southern Vancouver Island’s Saanich Peninsula by archeologists in the early 20th century. (CBC).

Vince Collison was 33 when he got involved with repatriating cultural treasures and ancestral human remains to Haida Gwaii. Today, the work isn’t over for the silver-haired 58-year-old.

When the Haida people learned how many ancestors’ remains were around the world — 500 have been returned to Haida Gwaii since 1999 — they were shocked.

“We were horrified to find the amount of ancestral [human] remains — our ancestors — stored away in museums all over the place,” Collison said.

Those efforts started for the Haida more than 20 years ago and continue today for Indigenous people around the world —  a process slowed by cost, complex museum regulations and what some call “institutional arrogance.”

Attitudes from the 19th century are behind the spiriting way of human remains. The U.S.-based Smithsonian Institution has explained that scientists and collectors sought skulls, bones and skeletons to research theories about race, evolution and human history. Although theories about racial superiority from the era have since been discredited, objects taken in its name remain stored in institutions around the world and are the subject of debate today. 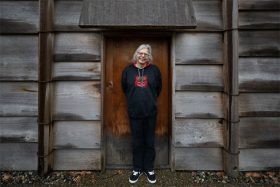 Vince Collison outside the Ceremonial Objects and Human Remains Conference at the University of British Columbia in Vancouver on March 5. (Maggie MacPherson/CBC).

Repatriating human remains an issue in 2020

A recent two-day conference at the University of British Columbia gave Indigenous people from around the world a chance to compare notes on repatriation of their artifacts and human history.

Indigenous people from B.C., the United States, Hawaii, Nicaragua and New Zealand were among the attendees.

Te Herekiekie Herewini heads up the Karanga Aotearoa repatriation program with the Museum of New Zealand Te Papa Tongarewa located in the capital of Wellington.

“Unfortunately, cultural artifacts and human remains were taken from their sacred repositories, uplifted and traded through colonial museums around the world.” 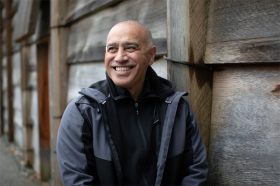 “Institutions and museums around the world don’t recognize Indigenous people’s rights to get their cultural items and [ancestral] human remains back,” says Te Herekiekie Herewini of New Zealand. (Maggie MacPherson/CBC).

In New Zealand, plundering ancestral remains and cultural objects happened in the 1860s. More than 150 years later, it remains an issue because of “institutional arrogance,” Herewini said.

“Institutions and museums around the world don’t recognize Indigenous people’s rights to get their cultural items and [ancestral] human remains back,” he said. “They still perceive that they are the owners of these ancestral remains.”

Indeed, the conference was held on UBC’s campus which is also home to thousands of Indigenous cultural artifacts housed in the Museum of Anthropology (MOA) and Laboratory of Archeology.

Susan Rowley, the Museum of Anthropology’s curator and chair of its repatriation committee, says the museum has returned all belongings that have been requested by First Nations. The most recent repatriation was last summer and involved a Haida mortuary pole, Rowley noted in an email.

Rowley acknowledges there are bones from Indigenous people stored in the Laboratory of Archeology, which has its own repatriation policy requiring more than a dozen steps to complete. The museum also has some items made from human bones, as well as several decorative skulls from Indigenous communities outside of North America, she said. 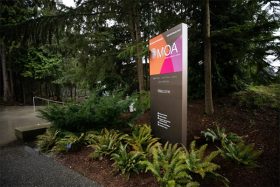 The Museum of Anthropology in Vancouver is located on the campus of the University of British Columbia. (Maggie MacPherson/CBC).

Those remains are held in trust under the Heritage Conservation Act of British Columbia, Rowley added.

The Lab of Archeoology has been involved in repatriating ancestral remains domestically and internationally since 1991, Rowley said. All repatriation cases to both the Laboratory of Archeology and the Museum of Anthropology have been successful, she said.

‘We can tell our own story’

When the Haida repatriated the remains of six ancestors from UBC’s Lab of Anthropology in 1999, a delegation arrived with six new bentwood boxes to carry them home.

Since then, their repatriation efforts have resulted in the recovery of more than 500 Haida ancestral remains from museums around the world.

“Our ancestral remains were studied for certain things, or they never did anything with them, and just stored them away,” said Collison, a member of the Haida Gwaii repatriation committee. “The largest collections are pretty much home now, but we never say never.”

We can tell our own story. That’s my point.– Vince Collison

The fight isn’t over, he says.

“We’re doing as best as we can to get to the next stage of working with our communities a lot more, but also getting a lot of our ancestors’ treasures back home to Haida Gwaii to Masset in the north end and Skidegate in the south.”

“We understand we’re living in 2020 and we have to try and educate the public about who we are. We can tell our own story, that’s my point.” 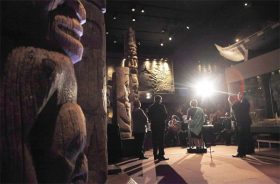 Then premier Christy Clark flanked by Indigenous leaders announces in June 2016 that the Royal B.C. Museum in Victoria, B.C., will help First Nations repatriate poles, canoes and other historical items from museums in the U.S. (Chad Hipolito/Canadian Press).

Several conference presenters said that funding is a barrier to successful repatriation.

Repatriation in New Zealand is largely successful because it has been state funded and international in scope for the last 17 years, Hereiwni says. The funding supports research, outreach, diplomatic travel and transportation of ancestors back to New Zealand from across the world, he says.

Wawmeesh Hamilton is an associate producer with CBC Vancouver’s Urban Nations, which covers the news of urban Indigenous people in Metro Vancouver and in towns across B.C. His work about Indigenous people and reconciliation has also been published on CBC Radio, CBC Online and CBC Indigenous. The two-time Webster Award nominee graduated from the UBC Graduate School of Journalism in 2016. Wawmeesh lives in Vancouver and is a member of the Hupacasath First Nation in Port Alberni, B.C.