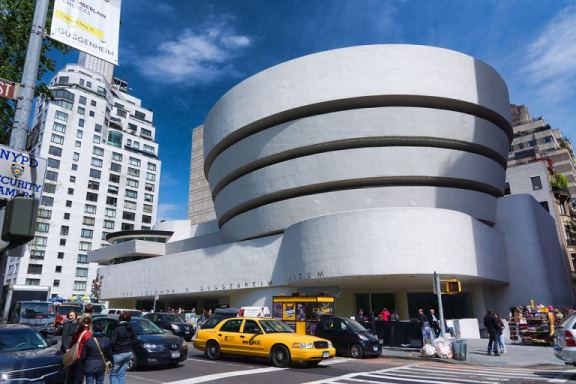 Steven Norton,  ‘How the Guggenheim Museum’s CIO Is trying to use beacons’, The Australian, 26 September 2014

The Solomon R. Guggenheim Museum in New York is in the early stages of testing beacon technology to improve the way customers interact with its exhibitions. Guggenheim Foundation CIO Robert Rosenthal says he sees great potential for the technology to bring visitors closer to the exhibits, and traffic flow data could influence how the museum designs infrastructure projects. The fact that it’s a museum also raises questions about how to implement the technology in a way that is unobtrusive, but still able to reach visitors in the most impactful way.

“The question right now is coverage, how granular can we get,” Rosenthal told CIO Journal. His team isn’t looking to assign a beacon to each piece of artwork, and he said he would never think of assigning a beacon to a painting or its frame. But he would, for example, like the ability to know if a device is in the proximity of three adjacent pieces in an exhibit. If beacons can get to that level, the Guggenheim could add more interactive elements to its mobile app, such as pinging a visitor’s smartphone with more information about a painting as a visitor approaches. Rosenthal says his team is currently working with around 20 to 30 beacons.