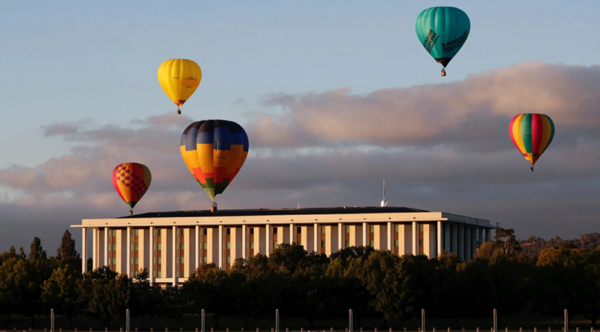 The ACT chief minister will try and get his federal counterparts to commit to funding the national institutions. Credit: Alex Ellinghausen.

The right of territories to legislate on euthanasia could become part of the federal Labor party’s platform if a push by the leaders of the ACT and Northern Territory is successful at the party’s national conference this weekend.

A push to legalise voluntary assisted dying in the ACT was thwarted this year when a federal vote to repeal the so-called Andrews Bill failed.

The Northern Territory and the ACT can’t legislate on euthanasia due to a bill in federal parliament introduced more than 20 years ago. A push from Liberal Democrat senator David Leyonhjelm failed by just two votes in August, when federal Labor senators were given the chance for a conscience vote.

The motion, which will be moved by ACT chief minister Andrew Barr and seconded by Northern Territory deputy chief minister Nicole Mansion, states the conference “believes it is unacceptable that as a result of the Andrews Bill Australians who reside in the ACT and NT have less democratic rights than other Australians,” and is in favour of a binding vote.

The motion wouldn’t bind Labor MPs on votes on euthanasia. Mr Barr said he was “reasonably confident” that the motion would succeed after his conversations with his federal colleagues both at the time of the debate in the federal parliament and since.

“Labor’s National Platform is a statement of values. I hope that the party will show support for the principle that no matter where they live, all Australians should be able to exercise the same democratic rights,” Mr Barr said.

The chief minister, along with federal MP Andrew Leigh, will also be pushing the party to restore funding to national institutions.

It would also include a commitment to “invest in the cultural inclusion of Aboriginal and Torres Strait Islanders in all the national cultural institutions” as part of constitutional recognition.

Mr Barr has a similar level of confidence for support for the national institutions.

“I am also optimistic that Labor delegates from across the country will support investment in our national institutions which tell all Australians’ stories,” he said.

While the motion refers to better representation of Aboriginal and Torres Strait Islanders, the chief minister wouldn’t comment on whether that would mean the frontier wars would be included in the Australian War Memorial.

“All of our national institutions would be strengthened by a deeper focus on Aboriginal and Torres Strait islander cultures and heritage. How each of the institutions achieve this would be a matter for them,” Mr Barr said.