You are here: Home » Articles filed under: 'News' » Article: 'The Art Newspaper (TAN)' 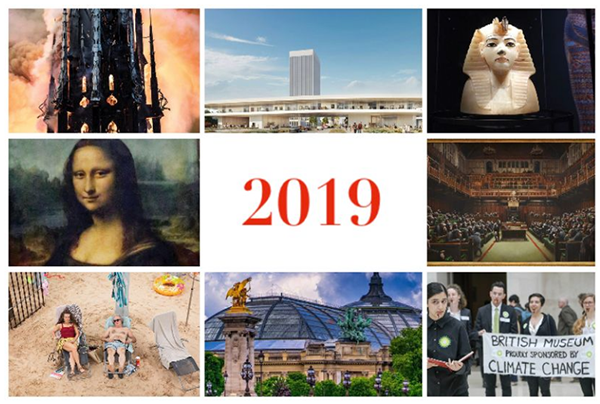 King Tut’s golden year, Koons’s worst: the highs and lows of the art world in 2019

As Notre Dame burned, protestors called the shots and a gold toilet vanished, it was certainly a year to remember.

The French capital enjoyed a boost from Britain’s continuing Brexit self-laceration. David Zwirner opened a gallery and White Cube an office and viewing rooms, and other mega-galleries will follow. Fiac gained a new momentum, with some galleries choosing the Paris fair over Frieze. And the city also hosted the show of the year, Leonardo da Vinci at the Louvre. (see below for why Paris also had a bad year). 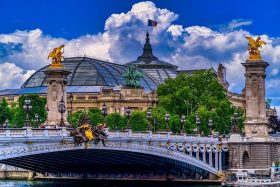 As debates raged about the ethics of museum funding, protests around the climate change, opioid and Mexican border crises achieved tangible effects. The resignation of Warren Kanders from the board of New York’s Whitney, the withdrawal of a £1m gift from The Sackler Trust to London’s National Portrait Gallery and the Scottish National Portrait Gallery’s decision to no longer show the BP Portrait Award all followed extensive activism. 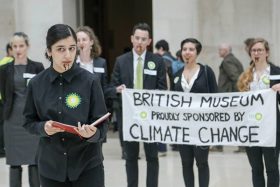 Anti-BP protests at the British Museum.

A ten-venue travelling exhibition of King Tut’s treasures immediately broke attendance records at the Villette in Paris, with 1.4 million visitors. It’s likely to do the same in London, having smashed previous figures for pre-booked tickets, with some 250,000 sold for the Saatchi Gallery-hosted exhibition. The Paris exhibition raised $10m for the Grand Egyptian Museum, where the treasures will be hosted for good once they return to Egypt. 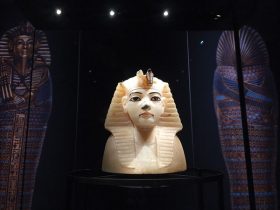 The street artists KAWS and Banksy may have both achieved multi-million auction records this year but, while not exactly favourites with curators, they are keeping their legions of fans happy with (slightly cheaper) “merch”. During Frieze Week, the British artist launched a pop-up store in London then an online merchandise store called Gross Domestic Product. Meanwhile, KAWs Medicom toys are selling for into the thousands of dollars on Ebay. 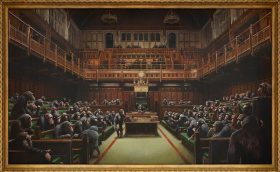 It’s been a year for arty arias: the Venice Biennale’s Golden Lion was won by the Lithuania pavilion’s climate-crisis-themed operatic performance; in August, Ai Weiwei confirmed that he will direct Puccini’s Turandot in Rome next March; in November, Zahi Hawass, Egypt’s outspoken former minister of antiquities, announced that he has written a new Tutankhamun opera, and the Meadows Museum and Dallas Opera launched a formal partnership. 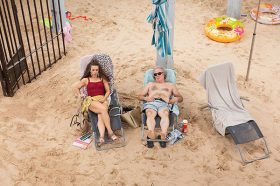 In an inspired move, the National Gallery in London’s sent its newly acquired Artemisia Gentileschi to, among other places, a doctor’s surgery in Yorkshire and a Surrey prison. The National also announced its survey show of Gentileschi’s work, opening in 2020. Meanwhile, the Prado in Madrid placed Lavinia Fontana and Sofonisba Anguissola at the heart of its bicentenary programme. 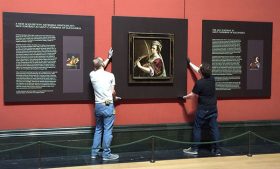 Artemisia Gentileschi’s Self-portrait as Saint Catherine of Alexandria (1615-17) being hung at the National Gallery in London © Martin Bailey. 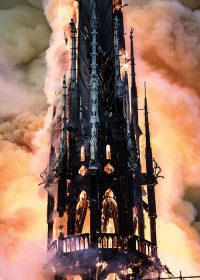 A burning Notre Dame in April was the year’s most horrifying moment, even briefly stopping aghast onlookers from arguing on Twitter. Within five minutes, order was restored as the devastated millions were chastised for caring more about old buildings than people in war zones. There was a more enduring social media consensus for another notable moment in the city, however: the unveiling of Jeff Koons’s memorial to victims of the 2015 Paris terrorist attacks. The philosopher Yves Michaud caught the mood best when he described the mock-inflatable steel tulips as “11 coloured anuses mounted on stems”. Recent strikes also put a damper on museum attendance at the end of the year, with many institutions closing their doors. 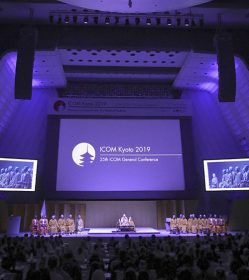 If anyone should be able to define what a museum is, you’d think it would be the members of the International Council of Museums. Alas not. A row erupted as it attempted to pass a new definition, as the existing text—“a non-profit institution” that “acquires, conserves, researches, communicates and exhibits the tangible and intangible heritage of humanity and its environment for the purposes of education, study and enjoyment”—was deemed outdated. But a new version met with disdain, being described as “ideological” and containing “over-inflated verbiage”. No conclusion has yet been reached. 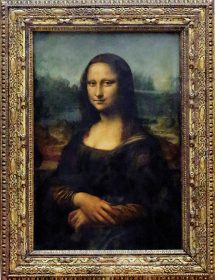 The world’s most famous painted smile was surely tested this year. The Mona Lisa was moved due to renovations to a new gallery where the bunfight in two-hour queues was so extreme that the museum was occasionally forced to close its doors. Now it’s back home, the long queues remain and, once you get to the front, you remain 12 ft away. Because of the demand to see her, the Mona Lisa has not been invited to the party downstairs: the Leonardo blockbuster. She’s also suffered the indignity of being turned into a CGI character in a virtual reality “experience”.

Not long ago it was the most visited exhibit at the Solomon R. Guggenheim Museum. This year, Maurizio Cattelan’s America, a solid gold toilet, made a splash for the wrong reasons as thieves broke in to Blenheim Palace, where the artist has a show, and stole the lustrous loo. Although arrests have been made, rumour has it that the police are still busting for answers as they try to flush the thieves out but are being driven round the U-bend… (That’s quite enough—Editor.) 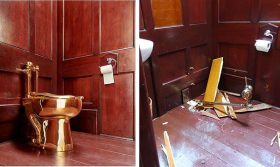 The Los Angeles County Museum of Art’s plans for its Peter Zumthor-designed building have been messy: the original dramatic black design is now a vanilla beige, and while the $650m project got planning approval in April, the designer Joseph Giovannini wrote in our pages that the new building has 33% less gallery space. Critics are dismayed at plans to shake up displays, plus there’s the small matter of repaying a $300m bond issued by the county to fund the construction. 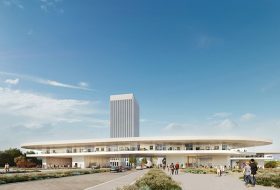