You are here: Home » Articles filed under: 'News' » Article: 'The Art Newspaper’s year in review'

The Art Newspaper’s year in review 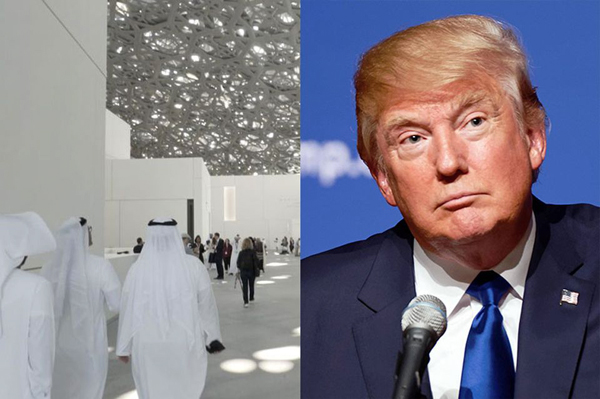 Curators, museum directors and artists respond to the year’s events.

One of my highs this year was being able to help celebrate the MCA Chicago’s 50th anniversary, working as part of a team of more than 100 people, to showcase what it means for a contemporary art museum to be truly global today through the production of a suite of exhibitions and a whole weekend of programmed activity. It was one of the most humbling experiences of my life seeing all of the museum’s communities throughout time come together. Seeing the opening of Louvre Abu Dhabi is a personal feat because we have been waiting to see this kind of cultural activity in the Gulf for a decade now, and my hope is that it continues to pave the way for many more museums in the Arab world, which we are urgently in need of so as to contextualise local histories globally. My favourite exhibitions this year included the surprising Jean-Michel Basquiat exhibition, Boom for Real, at the Barbican, an astonishing show by Liliana Porter at the SCAD Museum in Savannah, Georgia, which quite simply took my breath away, and Trevor Paglen’s phenomenal solo at Metro Pictures [in New York]. My low this year was seeing the continued destruction of cultural heritage in the Middle East. We need to create new forms of culture as a form of resistance.

The year began with women marching all over the world for liberty and equality. I was part of the London march and it was an inspiring start to the year, even though the circumstances that brought it about were of grave concern. This seems even more poignant now, given the accounts of sexual abuse and discrimination that have come to light in recent months. Reading about these has been dispiriting but hopefully this will lead to positive change. A high point has been Maria Balshaw taking over at the Tate; she is a great leader and it is also significant as she is the first female director of a museum on that scale. The Tate also provided one of my favourite shows of the year, Soul of a Nation. Finally, Frieze Sculpture opened in the summer for the first time in 2017; seeing thousands of people discover this free exhibition was a great reminder of the power of public art.

Faced with global aggression and despair in 2017, culture seems more important than ever. This year has, for myself and the gallery, been about engaging the wider public further with thought-provoking art that can bring people together, illuminating the joy, struggle, humour and spirituality of life through the eyes of artists. In my job, I’ve been fortunate to encounter many other people doing the same. This year, Lisson Gallery’s collaboration with The Vinyl Factory, Everything at Once at The Store Studios, was presented alongside four powerful new Vinyl Factory commissions. Of these, the most memorable was Arthur Jafa who followed up his summer London debut at the Serpentine with Love is the Message, the Message is Death—a searing synthesis of the joy and pain of the African-American experience. Around the same time in Istanbul—where I supported the opening of Ai Weiwei’s intense dialogue between Chinese porcelain and Islamic ceramics at the Sakip Sabanci Museum—I saw the beautifully thoughtful Istanbul Biennial curated by Elmgreen and Dragset. In one venue alone, The Greek School, artists as diverse in culture, discipline and medium as Erkan Özgen, Andrea Joyce Heimer and Pedro Gómez-Egaña showed us how to confront our inner and outer demons with honesty, grace and poetry.

It’s hard not to view the year in the shadow of last year’s US presidential election and the UK referendum vote, as well as recent developments in North Korea and the ongoing plight of refugees across our globe. That said, I regularly encounter kindness and compassion—just now in our restaurant, I witnessed a group of young refugee men from Africa with their hosts, eating and knitting; the sense of goodwill towards them from other visitors was palpable. Hull has succeeded beautifully as the UK City of Culture, linking many across and beyond the city, while the appointment of Maria Balshaw as the director of Tate made me very happy; together with Frances Morris, it is wonderful to have these two women in such important cultural positions, both of them acutely committed to excellence and to reaching out to diverse audiences. In Venice, Kassel and Münster I was uplifted by exceptional works by John Smith, Amar Kanwar and Pierre Huygherespectively. My highest personal art point was attending Sunday mass in the Matisse chapel in Vence. Matisse bestowed indescribable qualities on the chapel, but the welcome given by the priest and congregation to me and a young man from Cameroon left me breathless, reinforcing my sense of the role our cultural institutions must play in helping to bind and strengthen our communities.