You are here: Home » Articles filed under: 'News' » Article: 'The art of sustainability: London museums'

The art of sustainability: London museums 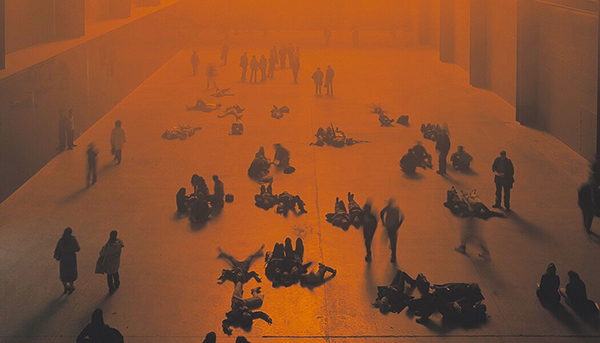 Tate has become the latest arts organisation to declare a Climate Emergency, and has also outlined new sustainability targets. With the gallery group’s directors saying there are “hard truths to face about how we operate,” you could be forgiven for thinking that some of the nation’s largest galleries and museums are lagging far behind best practice in terms of their environmental credentials.

This group of arts institutions, which welcome millions of visitors through their doors every year, sent nothing to landfill during the same period that DEFRA consigned 17.5% of its waste to the dump. This has been achieved through the adoption of new and innovative waste disposal methods – and in spite of cuts to arts funding implemented by the current administration.

All waste processed from the six sites is now either reused or recycled, composted, or incinerated using techniques which allow for energy recovery. Figures for other indicators such as Greenhouse Gas emissions and water use are varied across the culture sector, with figures highly dependent on year-on-year visitor numbers.

Launched to coincide with the latest exhibition from Olafur Eliasson at the Tate Modern, Tate’s Climate Emergency policy has been published with the goal of further uniting the cultural community behind a more sustainable approach. The declaration, which Tate’s directors say is “just the beginning in our determination to effect and inspire change,” was published along with the group’s new sustainability goals.

There are, the directors state, “some hard truths to face about how we operate; about the sustainability of public institutions, like our museums, and about the future of culture. Large public buildings, attracting millions of visitors from the UK and overseas, require energy.”

Tate has committed to reducing its carbon footprint by at least 10% by 2023 and switching to a green electricity tariff across all four of its galleries. “We have helped shape international green museum principles for the care of collections and are sustainably sourcing food in our restaurants and bars, offering greater emphasis on vegetarian and vegan choices,” a statement from the directors said. “We are auditing our travel and are adopting a train-first policy,” they added.

Alison Tickell, CEO of Julie’s Bicycle, an organisation which has collaborated with ACE to chart and stimulate positive environmental work in the sector, noted: “In uncertain times, arts and culture become even more important.

“As we experience climate change unfolding around us, arts and culture can intervene, disrupt, generate new knowledge and foster cultural practice that illuminates pathways through the complexities of climate and the environment.”

Several of the aforementioned galleries and museums are, like DEFRA, also grappling with ways to reduce the number of flights taken by employees. Tate’s new sustainability roadmap, for example, contains a ‘train-first’ policy that will mean unless the price is drastically different planes will always be a last resort.

Michael Gove’s department is currently behind schedule on its self-prescribed targets to reduce the amount of waste it sends to landfill. Its goal, by 2020, is to reduce landfilled waste to 10% of the 735 tonnes it disposed of in 2009-10. This goal looks less impressive when held up against the zero waste to landfill already achieved by vast public institutions. Regardless of its ambition, DEFRA is currently behind schedule to achieve its target, having disposed of around 128 tonnes of waste in this way during the 2018/19 financial year.

In spite of these figures Theresa May continues to trumpet her legacy, citing the government’s unparalleled commitment to the environment. At her final PMQs on Wednesday, May said the Conservatives are “a party that is acting on climate change,” and pointed once again to the “historic step of legislating for net zero emissions by 2050”.

Organisations are consistently reducing carbon emissions: CO2 emissions have decreased by 35 per cent across the National Portfolio since the programme began.
Organisations are more energy efficient: Direct energy consumption has been reduced by 23 per cent since 2012/13.
Organisations are increasingly financially resilient: The ongoing drive to reduce energy consumption has led to financial savings of £16.5m since the programme began.
Organisations are experiencing benefits beyond reductions: Environmental practice and carbon literacy are being linked to improvements in other organisational priorities, including team morale and strategic decision-making.
Organisations are contributing to a new creative ecology: The above trends drive demand for – and generate new skills and knowledge that support – clean technologies, sustainable goods and services, greener waste solutions and the emergent circular economy. A quarter of the Portfolio are now on a green energy tariff.

The outgoing Prime Minister eulogising about her administration’s environmental credentials while being outperformed by museums and galleries will be a particularly hard pill to swallow for those in the sector struggling to deal with ever-decreasing government funding support.

Cutting such funding is “to ignore the economic value of the arts and creative industries is to ignore an £84 billion annual contribution to the UK economy, 1.7 million British jobs, and a 9% share of the UK’s export market,” according to Professor John Last, Vice-Chancellor, Norwich University of the Arts.

A sentiment echoed by Sir Peter Bazalgette, former Chair of Arts Council England, who in 2015, before further cuts had been made, referenced “significant cuts” being made to museums, libraries and the arts as the “biggest challenge arts and culture faces”.

With a change of Prime Minister imminent, museums and galleries across the nation are very admirably choosing not to fight the austerity agenda which has hamstrung the sector for years, but rather uniting behind preserving the environment for the generations to come.

As part of the Culture Declares Emergency march in April, Somerset House, Battersea Arts Centre, and Jerwood Arts were among a group of arts organisations who took their message to the streets of the capital. A change in focus is plainly evident.