April 15th, 2021 | Browse other: News. | Tagged with: Can artists survive—and thrive—in tech?, Engineering needs the humanities, The Arts And Humanities Deliver Untapped Value For The Future Of Work | 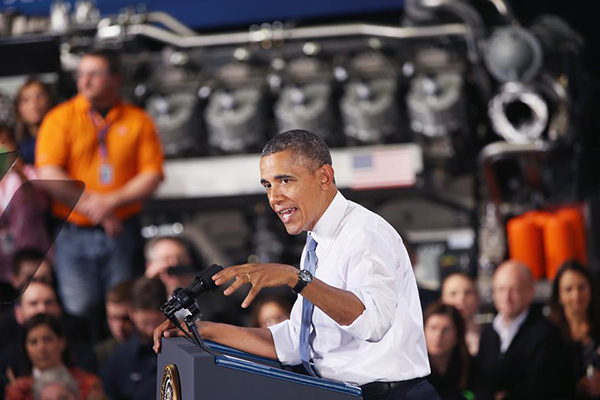 Benjamin Wolff, The Arts And Humanities Deliver Untapped Value For The Future Of Work, Forbes, 6 April 2021

Over the past two decades, colleges and universities have massively increased their investment in business and STEM programs while, at the same time, pulling resources from the arts and humanities.

It’s an approach that has found support from across the political spectrum. In his first State of the Commonwealth address in 2016, Kentucky Governor Matt Bevin decried spending public education money on students in the liberal arts, and announced a new state funding formula.

“There will be more incentives to electrical engineers than French literature majors. There just will,” said Bevin. “All the people in the world that want to study French literature can do so, they are just not going to be subsidized by the taxpayer.”

Two years earlier, on a visit to Wisconsin to promote his job-training initiatives, President Barack Obama said, “I promise you, folks can make a lot more, potentially, with skilled manufacturing or the trades than they might with an art history degree.”

While Obama later tempered his remarks, it’s clear that anxiety over skyrocketing tuition and student debt is contributing to a focus on jobs with high starting salaries. And in this pandemic year, with technology booming while arts and education suffer, those concerns are likely to become even more pronounced.

But this orientation is misdirecting those entering the workforce away from what industry is looking for. With the rise of artificial intelligence, machine programming, and the ever more rapid automation of technical skills, many companies are seeking just the creative and humanist thinking that emerges from a study of the liberal arts.

Catie Cuan, a professional dancer and Ph.D. candidate in Mechanical Engineering at Stanford University, believes that a training in the arts brings with it valuable and important insights.

“As we have robots in more public-facing spaces—offices, hospitals, airports, doctor’s offices—that design space needs to be very deliberate,” said Cuan. “There’s a lot of research that shows the primary attribute of an object that humans react to is how it moves. It’s not color. It’s not what an object sounds like. And you only get a few chances until people are completely alienated by the new thing. So I think either all professional roboticists need to be taking classes in dance and movement generation, or a lot of tech companies are going to be hiring dancers and choreographers to come up with the movement personalities of these robots.”

Cuan, who danced with the Metropolitan Opera Ballet in New York City while working as a vice president at a web design and creative agency, was looking for ways to combine her artistic and technology interests. Then, in 2018, she had an opportunity to dance with an ABB IRB 6700 industrial robot through a residency at ThoughtWorks Arts. “That experience of getting to program, or choreograph, a robot and then interact and dance with it was so addictive. I said to myself, ‘How do I do this full time—like, for the rest of my life?’”

As a choreographer, Cuan focuses on the humanity of her dancers. “There’s an incredible amount of vulnerability you’re dealing with when you create a dance for people and then ask them to perform it in front of others. It’s a fragile and vulnerable canyon,” said Cuan. “You have to examine all the angles in which someone could be harmed or hurt by the work that you make—physically hurt, or more generally, asked to do something that makes them uncomfortable. I take that responsibility incredibly seriously in my artwork and with my dancers.”

But for Cuan, that kind of self-awareness is not nearly as cultivated or valued in engineering. “We’re now seeing that so many things in technology have been deployed at the exploitation or expense of people. There isn’t necessarily a direct bridge between humanist practices and owning responsibility for ethics, but I wonder, what would it be like if we had, in engineering, a detailed humanist practice like we do in dance?” 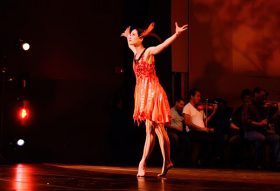 The Flatiron School, a New York City-based coding bootcamp for software engineering, data science and cybersecurity, welcomes students from a broad range of professional backgrounds, including the arts and humanities.

Adam Enbar, CEO and Co-Founder of Flatiron, explained that students who come to computer programming from the world of the arts often fear that they will be at a disadvantage. But a rigorous creative discipline teaches patience in the face of obstacles, which turns out to be a critically important mindset for coding.

“Artists know what it’s like to be bad at something,” said Enbar. “If you ever learned to play an instrument, you can feel like a beginner for a long time. But you just push through it and you’re forgiving of yourself. You learn to say, ‘It’s all right that I’m bad, but I’m practicing and I see myself getting better.’ If you’ve never done that before, if you never had that experience, learning to code can be pretty punishing.” 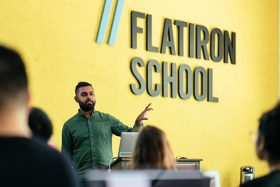 “A large portion of our student body has a way to express themselves creatively,” continued Enbar. “That’s also important to us—and for success in the field—because when you’re sitting down on day one and you’ve got to write a program, ultimately you’re just staring at a blank sheet of paper. The competitive advantage you have as a liberal arts major or if you worked as a musician, is that you can get over that creative hurdle much faster. The ability to get started is a big deal.”

Robot choreography is poised to move

Until recently, productive cooperation between robots and humans has mostly existed in our dreams. But before too long, we are going to be interacting with robots every day. According to Catie Cuan, that’s an opportunity for creativity and employment that should excite dancers, choreographers and other performing artists.

“Google, Apple, and Tesla—because they’re working on autonomous cars—all of these places could hire dancers and choreographers tomorrow, or in the next five to ten years, at huge rates,” said Cuan.

If that seems fanciful, look to the swift improvement in robotics company Boston Dynamics’ Atlas and Spot robots over the past decade. Videos posted every few months reveal motion that is becoming more and more lifelike. In 2018, Boston Dynamics created a short video of its Spot robot gyrating to Mark Ronson’s “Uptown Funk.” Three months ago, they released a second dance video, this time featuring four of their most current robots twisting and leaping to The Countours’ “Do You Love Me.”

That’s not a coincidence. As Cuan pointed out, “The name of Boston Dynamic’s SDK, their developer kit, is Choreography.”