You are here: Home » Articles filed under: 'News' » Article: 'The Brutish Museums by Dan Hicks review' 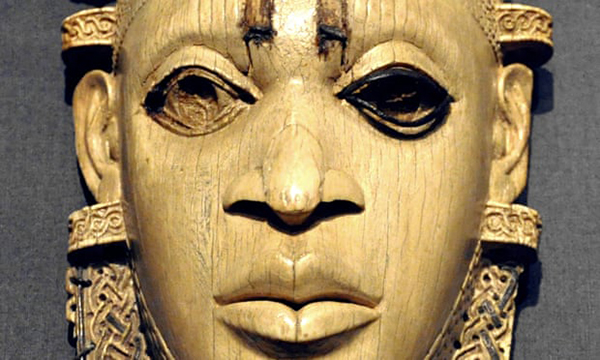 A powerful call for western museums to return the objects looted in the violent days of empire, during ‘world war zero’

Museums are entertaining. They are educational. They are civic institutions. They are the sites of school trips, first dates, rainy days on holidays. Museums are safe, and worthy, and a little boring. Right? Dan Hicks sees it differently. In his beautifully written, carefully argued book, museums house unending violence, ceaseless trauma, colonial crimes committed again every morning as the strip lights click on. Museums are battlegrounds.

The book is a vital call to action: part historical investigation, part manifesto, demanding the reader do away with the existing “brutish museums” of the title and find a new way for them to exist, not as sites of violence or trauma but as “sites of conscience”. Hicks is a curator at the Pitt Rivers Museum in Oxford, whose website says that it displays “archaeological and ethnographic materials from all parts of the world”. He focuses on one particular region – the kingdom of Benin, now located in modern Nigeria.

The Brutish Museums first introduces the Benin bronzes, the plaques and other objects made by the Edo people, which were looted by British forces in 1897. Hicks then takes a trip through theories surrounding museums and material objects, colonial violence and capitalism (and the inextricable connections between them). In an extended section on the context in which the bronzes and other items were stolen by the British, he makes it clear that the supposedly “retaliatory” assault on the Benin kingdom was in fact long planned; it was not motivated by an attack on an imperial delegation, as has often been maintained on museum information boards. 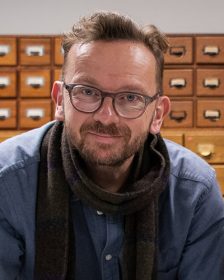 At the time and after, the attack on Benin was considered “humanitarian” because of the practice of human sacrifice in the kingdom, but Hicks sets this within a wider context of British imperial attitudes of racial superiority and – perhaps most importantly – the thwarted desire to trade in lucrative raw materials that were under the control of the Benin monarchy. And so the attack in 1897 joins a long line of examples that helps us to be critical of the concept of imperial humanitarianism itself. This book is detailed and furious: Hicks wraps up the supposed “small wars” of the late 19th century into a “world war zero” running to 1914, in which the European colonial powers were engaging in constant brutal warfare to capture and subjugate African peoples.

At the centre of this book is the idea of “death histories”, or “necrology”: the way in which knowledge in the anthropology museum is created through death and loss. Museums are spaces where the past is re-enacted over and over again while simultaneously being caught in stasis – in a glass box, in a dim corner. As Hicks says, “The museum is not just a device for slowing down time, but a weapon in its own right.”

When the imperial context of the Benin bronzes and objects like them has been addressed, it has often been to see them as the “side effects” of empire – and often positive side effects, because they have helped to enlighten British audiences about the cultures of other places while providing aesthetic pleasure. But as Hicks makes clear, the contents of museums are no more a “side effect” of empire than oil or rubber were. The items are inextricably bound up with imperialism, and their continued presence in museums in Britain is a continuation of that violence.

Hicks pauses at one point to talk in some detail about the Bizot group’s “Declaration on the Importance and Value of Universal Museums”, issued in 2002, which argued against the call to repatriate objects to their countries of origin. He points out that this statement in favour of museum colonialism was made during the build-up to the Iraq war, in a moment of certainty that the west knew best. In what way can museums be universal if they are built on material stolen from around the world yet located in the global north for the benefit of audiences there?

The arguments made by curators that objects are somehow safer in London, Paris, New York and Berlin than they would be in Lagos, Addis Ababa, Nairobi or Kinshasa are a nonsense, highlighted by Hicks’s stark admission about the about the curation, preservation and provenance of materials in colonial museums: “The sheer hypocrisy begins with the fact that in these supposed safety deposits for universal heritage, today’s curators’ understanding of what is even in collections is so minimal. We don’t know what there is. We’re not sure where it is. We can’t say for sure how it got there.”

His call is simple: return everything. This has a dual function: first, it would be the beginning of a process of cultural restitution to countries that were once colonies from their former colonial oppressors. As these materials were returned to the museums in the countries where they were created and from where they were stolen, they would allow these nations to celebrate and interrogate their own cultural heritage. But it would also force the British to come to terms with their own colonial past – which is not a past, really, but a present that sits behind glass.

• The Brutish Museums: The Benin Bronzes, Colonial Violence and Cultural Restitution is published by Pluto (£20). To order a copy go to guardianbookshop.com. Delivery charges may apply.