You are here: Home » Articles filed under: 'News' » Article: 'The deaccessioning debate in museums'

The deaccessioning debate in museums

August 8th, 2018 | Browse other: News. | Tagged with: The deaccessioning debate in museums | 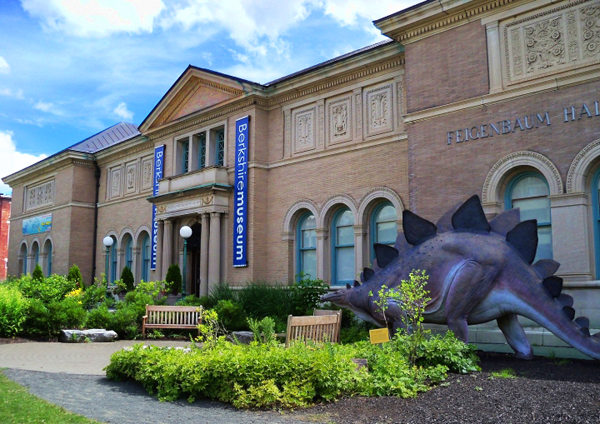 The Berkshire Museum’s deaccessioning difficulties illustrate the fault lines of the debate now happening in the museum community (photo by AlexiusHoratius (2013) via Wikimedia Commons).

Deaccessioning — the permanent removal of objects and art from a museum’s collection — has been at the forefront of many discussions around public and private collections of late.

Collections, the very heart of the work of museums, have long been one of the major issues the American museum field has grappled with. It was no different in the 19th century as American museums first built their collections. Nor was it in 1942, when Theodore Low published The Museum as a Social Instrument, in which he castigated museums for focusing on collections instead of an educational mission.

Deaccessioning — the permanent removal of objects and/or art from a museum’s collection — has been at the forefront of many discussions of museums of late. Some institutions, such as the Baltimore Museum of Art, are selling works and using those funds to improve the diversity of artists in their collection. Others, like the Berkshire Museum, will use the proceeds from the sale of 40 art works to carry out museum operations, including a plan to shift the museum’s focus away from art.

The Berkshire Museum’s decision runs counter to the ethical standards of the museum profession, most notably those articulated by the American Alliance of Museums (AAM). Their code of ethics statement notes: “Proceeds from the sale of nonliving collections are to be used consistent with the established standards of the museum’s discipline, but in no event shall they be used for anything other than acquisition or direct care of collections.” For this reason, both AAM and the Association of Art Museum Directors have censured the Berkshire Museum.

The ethical precept serves an important function in maintaining the public’s trust in museums (which is remarkably high). Cinnamon Catlin-Legutko writes in Museum Administration 2.0. “If proceeds are used in a different manner, the collection appears as a cash reserve to be used anytime it is needed.” This opens up the possibility for an institution to sell collections to cover a multitude of financial sins. Because of this concern, standard museum practice says collections should not be capitalized on a museum’s balance sheet, and thus the restrictions on deaccessioning were put in place.

Yet despite these ideals, individual museums continue to struggle for financial sustainability. Some are choosing what has long been considered verboten: to attempt to save the entirety of the institution at the cost of a few pieces of its collection. The Berkshire Museum is not an isolated case, but it’s the one currently in the headlines. Its decision raises an existential question for museums as a whole: should an institution be allowed to die on the vine to preserve collections? (And who or what will preserve them in the absence of the institutional support?)

“Do museums exist to protect and preserve collections for an unknowable future, or are they here to serve their communities here and now?” Ruth Taylor of the Newport Historical Society asked in an email conversation with colleagues she shared with me. “It is way too easy to just say ‘both,’ but this controversy highlights the fact that sometimes these ideas will create conflict.”

Mary Baily Wieler of the Museum Trustee Association went a step further. “Are we as a field saying that museums are ethically bound to continue ‘business as usual’ and never change their missions?” she asked. “Should boards’ hands be tied by collections donated decades or even centuries earlier? At what point does the survival of the organization outweigh professional standards?”

Concurrent to these discussions, some have suggested it is time to revisit the stricture about using deaccessioning proceeds only for acquisitions or direct care — particularly because of the ephemeral nature of the latter. In 2014, the National Trust for Historic Preservation published a revised collections management policy that established historic structures and landscapes as part of a museum’s collection (and therefore qualified for deaccessioning funds under the direct care principle). In 2016, AAM published a white paper, Direct Care of Collections Ethics, Guidelines and Recommendations, remanding the definition of “direct care” to the guidelines of the specific discipline the museum represents (art, science, history, children, zoos, and aquaria, etc.).

The restriction for acquisitions or an ill-defined standard of “direct care” itself needs a more careful reexamination. But the larger issue remains: how to ensure that funds related to the sale of collections does not violate public trust and the museum’s responsibility to its community.

This is what Nina Simon identified as the core issue in the Berkshire Museum situation and, I believe, the entire deaccessioning debate. Simon wrote, “By deaccessioning the most valuable art in their collection, the Berkshire Museum is transferring valued public assets into private hands.” But rather than censure the museum for its violation of ethical norms — selling art to finance operations, we should, she posited, “create new rules — rules that put the public trust, not objects, first.” In Simon’s view, American museums and nonprofits should strive for an increase in “the number of assets in the public trust.” Her view is wide ranging, but offers one possibility to the deaccessioning dilemma: seeking more public access to the assets held in trust by American nonprofits.

Adrian Ellis has offered what I think is one of the best ways to address the deaccessioning dilemma. His solution, dubbed the Ellis Rule, is similar to what Donna Ann Harris proposed for historic houses in her terrific book New Solutions for House Museums: sell the artifacts/artwork with a “collections easement” in place. Ellis posited that “A museum selling a work should ensure that the institution or individual to which or whom the work is sold commit in some binding form to equal or higher conservational standards and equal or higher public access to the work in question” [emphasis in the text]. By doing so, he argues, “The museum should be able to exercise appropriate discretion with respect to how it spends or invests the proceeds of the sale, and specifically, should not be required to use it solely for the acquisition or conservation of art.”

It’s important to remember two things in all of this discussion. First, collections’ deaccessioning and sale is perfectly legitimate museum practice. Second, it is not a decision that should be taken lightly. A key question remains: what to do with the funds. As Taylor, Wieler, Simon, and Ellis have articulated, the primacy of a museum’s role as a public and community entity is sacrosanct.

From the beginning of the republic, the founding ideal of the American museum movement has been about service to the community. Today’s museums must keep this in mind as they make the variety of (very tough) institutional decisions in the name of institutional sustainability.

UPDATE, August 6, 2018, 2:43pm EDT: The following comment, in response to this article, was sent to Hyperallergic from a representative of SAVE THE ART – SAVE THE MUSEUM, which has been very active in the Berkshire Museum deaccessioning issue. They requested it be posted to clarify the matter:

Bob – Thank you for the analysis and comparisons but for those who compare this institution to others that consider deaccessioning to “save their institution” it is important to note that in the case of the Berkshire Museum, that it is a rogue institution and sadly, a victim of greater forces. This museum was used to move political and financial agendas both in the community and nationally to drive a wedge into the professional practices AAM/AAMD in behalf of privatization and monetization of public assets. If you follow the money trail you will find a manufactured crisis created to justify the deaccession[sic]. The Board of Trustees, along with Van Shields the (now former) director and sales agent, Sotheby’s achieved their goals but at great cost to the community. In the process, they have established a precedent setting, new low bar for privatization and monetization. They transferred local public ownership of valuable art that was donated and entrusted to the institution by artist, Norman Rockwell and founder, Zenas Crane, to the people of Berkshire county. You were right to quote Simon when she wrote “By deaccessioning the most valuable art in their collection, the Berkshire Museum is transferring valued public assets into private hands.” But rather than censure the museum for its violation of ethical norms — selling art to finance operations, we should, she posited, “create new rules — rules that put the public trust, not objects, first.” In Simon’s view, American museums and nonprofits should strive for an increase in “the number of assets in the public trust.” Her view is wide ranging, but offers one possibility to the deaccessioning dilemma: seeking more public access to the assets held in trust by American nonprofits.”

While the most valuable work, Shuffleton’s “Barbershop” did remain in public hands, it is was only done so after the loud public outcry and expensive legal cases that pressured the Attorney General to negotiate the sale to the Lucas Museum of Narrative Art. We agree, the laws that exist do not protect publicly held art and legislation needs to be written and passed, but as long as politicians need to follow the money to be elected, as in the case of the Attorney General of Massachusetts, it is unlikely there will be the will stand up to protect cultural assets. We will be watching and it will be interesting to see if the same standards apply when other publicly held assets, equally valuable, such as natural resources are threatened. $55 million is a big number in a small community where the philanthropic funders, boards of trustees, banks, politicians and developers are all interconnected.