You are here: Home » Articles filed under: 'News' » Article: 'The Enigmatic Mr Fletcher'

May 30th, 2019 | Browse other: News. | Tagged with: Paul Fletcher new Minister for Communications | 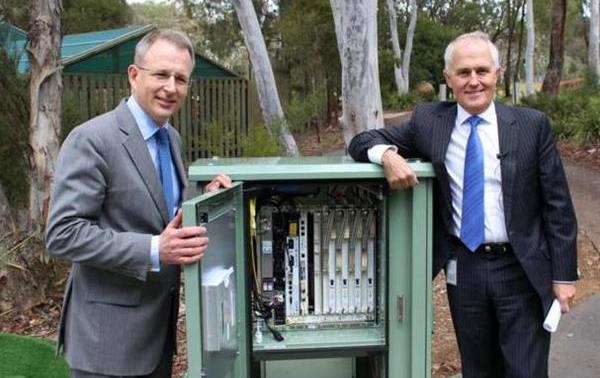 Paul Fletcher, now Minister for Communications, Cybersafety and the Arts, is a Liberal brainiac. A chunk of this portfolio looks like his natural home.

Communications and arts policy under the Liberal government has been a ghastly thug v unicorn struggle for the last six years. While the commercial broadcasters push for the childless freedom to maximise returns in hard times, the independent screen sector campaigns for regulation, a tax change, and to think of the kiddies.

Now that Scott Morrison has the mandate to be his own man and drive decisions, we are waiting to see what he has in his bucket list. To the surprise of many, he pulled out the quiet, unassuming Paul Fletcher, MP for Bradfield, encompassing part of Sydney’s North Shore and the second safest Liberal seat in Australia.

Now 53 years old, Fletcher joined the Liberal Party at the age of 16, went to Sydney University, made the finals of the World University Debating Championships twice, took a double first in law and economics and then used a Fullbright scholarship to get an MBA from Columbia Business School.

He became a lawyer and corporate strategist. He entered the political maelstrom as chief of staff to Richard Alston, the Minister for Communications, Information Technology and the Arts in the first years of the Howard government. He then went to Optus as director of regulatory and business affairs, and moved out as a consultant, using the time to write a book about his experiences in the Telco badlands called Wired Brown Land?: Telstra’s Battle for Broadband which uses interviews, pen portraits and documents to chart the early battles to control the approaching NBN.

He replaced the retiring Brendan Nelson as the candidate for Bradfield in 2009. In a prescient move, he immediately forfeited his British citizenship. He has been described as a good local member and a clear communicator. Certainly, his speeches reveal a tribal passion for snarling about the Labor Party. He bashed its version of the NBN even when he announced his new position this week.

When Abbott took power, Fletcher was expected in some quarters to become the Minister for Communications but ended up as Turnbull’s Parliamentary Secretary for the same portfolio. He went on to serve under the three Liberal prime ministers as a rolling expert in complicated ‘ands’ – Major Projects, Territories & Local Government, then Urban Infrastructure & Cities and finally Families & Social Services. He stayed out of trouble and remained in the shadows.

He has been described to me as smart, articulate and able to fight his corner in his party and department. Expect him to plunge back into those documents from the many inquiries, to read the suppressed or ignored conclusions and form a framework he can justify to himself. I presume he has spent the last decade forming some strong ideas about political strategy and the shape of communications in the digital area; he certainly had very early experience in the rise and rise of the net and VOD. He will keep the unicorns and the thugs on their toes.

What Fletcher is inclined to decide remains a mystery. I suspect he has some feeling for enterprises that must be managed for the common good, but will prefer self-regulation to intervention. He may have a passion for neat technical solutions – he has been an advocate for cashless welfare.

He is pretty bland. In his press release he said

‘The communications sector serves a vital human need – for people to communicate with each other – and makes a critical economic and social contribution to our nation.  As Minister I will aim to take forward policy settings which maximise this contribution.’

He nominated the NBN and cybersafety as key issues, skipped over the screen industry, culture and the national broadcasters and came briefly to the arts.

‘I am also delighted that the portfolio includes responsibility for Australia’s vibrant and critically important arts sector.  Australia’s performers and creative artists are world renowned – and make a profound contribution to our national identity.’

We should be grateful he introduced the term “national identity’. He has been described as cultured, and is married to jewellery designer Manuela Zappacosta, with a slightly blended family of two children.

THE MINISTER FOR ELECTRONS

The big problem is the scale of his portfolio. He has to think about the battle between Murdoch and the ABC to occupy the transforming news environment, which is a vital issue for a party so beholden to the Rupert machine. He must consider ways of regulating international streaming companies and fitting them into the national context. Cybersafety is a huge regulatory problem in itself as he builds on the existing attempts to make social media accountable for content, police a variety of crimes, and come to grips with persecution.

He will probably share one thing with Michelle Rowland, the former shadow minister he faced in the previous parliament. She was determined to be implacable, to make a difference, and to do it quickly. I can imagine Paul Fletcher MP, the minister of silent concentration, will be the same.

For whose benefit? We will find out. At the moment he is recruiting staff and building his support systems, just as Richard Alston did in the same position in 1996 to begin Fletcher’s long journey to power over our working lives.