You are here: Home » Articles filed under: 'News' » Article: 'The Guardian UK view on the humanities:'

The Guardian UK view on the humanities:

July 4th, 2020 | Browse other: News. | Tagged with: The Guardian view on the humanities, the importance of humanities | 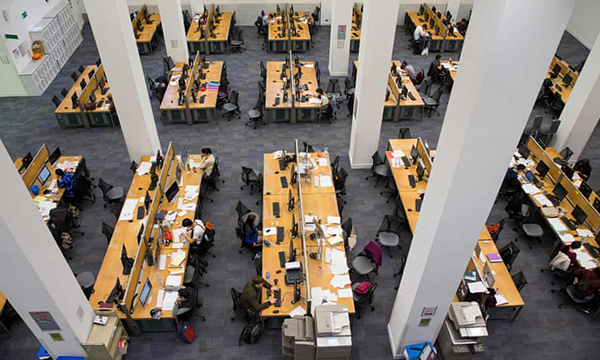 The main library at the London School of Economics. ‘Stem is flourishing, but it is a cause for concern that other subjects on the tree of knowledge are in less good shape.’ Photograph: Andrew Aitchison/In Pictures via Getty Images.

The acronym Stem – science, technology, engineering and mathematics – was coined in the US in 2001. The idea of integrating and promoting skills seen as key to turbo-charging American prosperity had been around for a while, but as Smet, which is far less catchy. Stem quickly took root and spread beyond the US, not least because of its power as a metaphor: it makes the subjects sound foundational, central, while everything else is edging. In a climate of rickety job prospects, high tuition fees and a correlation of degrees with starting salaries, Stem subjects are equated with employability, good incomes and stability. Nicky Morgan was not unusual when, as the education secretary, she said: “[In the past] if you didn’t know what you wanted to do … the arts and humanities were what you chose because they were useful … We now know this couldn’t be further from the truth. The subjects to keep young people’s options open are Stem subjects.”

Last year, the number of British students taking the three types of English A-levels dropped by 20% compared with two years before, while those studying performing and expressive arts fell by 53%. Over the decade to 2017, the numbers studying languages at British universities fell by 35%, while the figure for those studying biology, maths and medicine rose (by 47%, 26% and 11% respectively).

Stem is flourishing, but it is a cause for concern that other subjects on the tree of knowledge are in less good shape. Falling numbers of English graduates will soon coincide with a baby bulge just hitting secondary schools, which over the next decade will need 50,000 more teachers, especially in core subjects; the Black Lives Matter protests underscored our thoroughgoing incomprehension of our history.

But besides such practical issues is the larger question of what a good life is. This week, a group spearheaded by the British Academy and including the London School of Economics and Arts Council England offered their answer: a parallel acronym, Shape – social sciences, humanities and the arts for people and the economy. So everything from fine art to psychology to economics: the disciplines that help us govern ourselves, understand how we have developed over time and argue for doing it all better.

The argument for Shape can, if necessary, be economic: last year the arts and culture sector overtook agriculture in terms of its contribution, at £10.8bn a year. The humanities’ supposed lack of obvious vocational pathways is in fact a strength in an economy where flexibility and entrepreneurship are prized, while the perception of lower employability is not borne out by facts – 88% of Shape graduates were employed in 2017 (compared with 89% for Stem).

Shape subjects will also be central to answering the most urgent questions we face; science, for instance, is foundational to comprehending the climate emergency, but will not effect the political and behavioural changes needed to achieve net zero. Nor will it necessarily predict or mould the future. Eric Hobsbawm may have found it baffling that “brilliant fashion designers … sometimes succeed in anticipating the shape of things to come better than professional predictors”; the fact remains they sometimes can. The stem of a plant is, after all, sustained and not just decorated by its leaves.

We should not be shy to argue for confidence and curiosity, joy and openness as good in themselves. Along with Stem, Shape subjects have the potential to open up the full extent of our humanity, to help shape a well-rounded, empathetic and resilient body politic. Fighting for equal weighting for these disciplines is not only good but also necessary.

• This article was amended on 29 June 2020 to remove an incorrect reference to Nicky Morgan having been the UK’s education secretary. As education is a devolved matter, Morgan oversaw education policy for England only.