You are here: Home » Articles filed under: 'News' » Article: 'The Inflatable Museum' 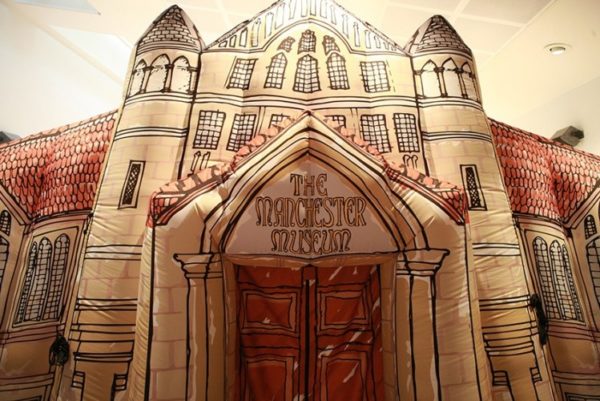 Manchester Museum is launching the UK’s first Inflatable Museum which will bring the museum experience to school halls all over Greater Manchester.

Manchester Museum (part of The University of Manchester) is launching the UK’s first Inflatable Museum which will bring the museum experience to school halls all over Greater Manchester.

Funded with the support of The Zochonis Charitable Trust, the Inflatable Museum project is part of the widening participation strategy of The University of Manchester, which connects young people from some of Greater Manchester’s most disadvantaged areas to the Museum’s collection.

Beginning with pupils from five partner primary schools based in local Longsight, Levenshulme and Crumpsall, the Inflatable Museum project will deliver workshops in school halls across Greater Manchester. The Inflatable Museum will recreate the sense of wonder the Museum naturally conjures, assisting in extending children’s classroom learning.