You are here: Home » Articles filed under: 'News' » Article: 'The key to jobs and growth'

The key to jobs and growth 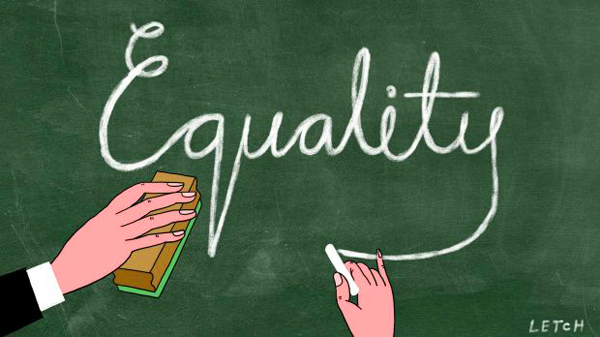 We have a big problem in Australia that has been happening for so long we hardly notice it. It’s that far too many of our young people leave school with an inadequate education.

According to Victoria University’s Mitchell Institute, 26 per cent of students fail to finish school or a vocational equivalent.

I’m sure some of these people catch up in later life, while others lead rewarding lives without benefit of further education. But I fear most of the 26 per cent lead lives of economic insecurity and limited personal fulfilment. They are the shockingly high proportion of students our school system has failed.

The hardest questions I’m asked as an economics writer is why when, until the mid-1970s, economists defined full employment as an unemployment rate of less than 2 per cent, today they say it’s about 5 per cent. My explanation is that the economy has changed, but our schools haven’t kept up. The great majority of unemployed people are unskilled.

And many of these are people who left school early. They didn’t understand what teachers were attempting to teach them, they hated school with a passion, and left the moment they were permitted to.

My theory is that, until about the mid-’70s, the economy generated plenty of unskilled jobs, sufficient to absorb all the children who left school without being too hot at the three Rs.

These days, there are proportionately far fewer unskilled, brawn-not-brain jobs available, but just as many under-educated children quitting school.

Our schools seem to accept their high failure rate as inevitable. This may be partly because the ever-greater socioeconomic segregation of our schools – church schools serving those from better-off families, public schools serving everyone who can’t afford a church school – has concentrated the failures into government schools in outer suburbs.

Certainly, school authorities seem to have given little attention to explaining why the failure rate remains so high, and which modes of classroom operation and teaching methods have been shown to get better results. As a nation, the inadequate education of so many of our children is an issue that just hasn’t registered on our radar.

One part of the greater influence of the nation’s “rich and powerful” is that we worry far more about the problems of the brightest and best than the problems of those at the bottom, struggling to keep their seat on the tram of prosperity.

Economists spend far more time worrying about whether the rich are overtaxed than why the poor are being under-educated.

Most people see this as a matter of fairness. Many profess to believe in “equality of opportunity”, but if you’re genuine about that it means ensuring everyone at least starts the adult race with decent education, if nothing more.

And when you remember how much better-off children inherit – not just money, but brains and socialisation – that means governments devoting more resources to helping the bottom end keep up than to helping the top end excel.

But I see all this as just as much a matter of economic efficiency. What’s efficient about allowing a large minority of our young people to emerge from school without sufficient education to ensure they can attain regular employment?

If we could get the “natural” rate of unemployment down from 5 per cent and closer to 2 per cent – if we could increase by 2 or 3 percentage points the proportion of the available labour that’s actually put to work – this would do far more to increase “jobs and growth” than cutting the rate of company tax.

The first step in ensuring all our children get a decent education is better early childhood learning – a vital issue I’ll leave for its own column. The next step is ensuring the money governments spend on schools is biased in favour of those students needing more help, not those schools that have managed to screw better deals out of the politicians over the years.

That’s why my heart leapt in 2011 when David Gonski recommended a way of rising above our anachronistic division of government funding on a sectarian basis, sharing it purely on the basis of student need and in a way that was “sector blind”.

The plan Julia Gillard delayed producing until not long before the 2013 election was a big spending, but heavily compromised version of what Gonski recommended. Labor was desperate to get the states and sectors to sign up, so some of them bargained better deals than others.

Tony Abbott wasn’t genuine in his professed support for needs-based funding and abandoned it immediately after the election, proposing utterly unrealistic cuts in grants to schools.

That’s why it’s so encouraging to see Malcolm Turnbull and his hard-working Education Minister, Simon Birmingham, advancing their own improved but less expensive version of needs funding.

You’d expect anyone genuinely committed to a better deal for disadvantaged students to seize this rare chance for bipartisan agreement, locking in better policy for possibly decades to come.

If Labor thinks we should be spending a lot more on schools, it can promise to do so at the next election.

But for Labor and the teachers’ unions to oppose Senate approval for the Birmingham plan invites us to wonder if they’re putting their own interests ahead of the disadvantaged students they profess to care so much about.