You are here: Home » Articles filed under: 'News' » Article: 'The Library of Life on Earth'

The Library of Life on Earth 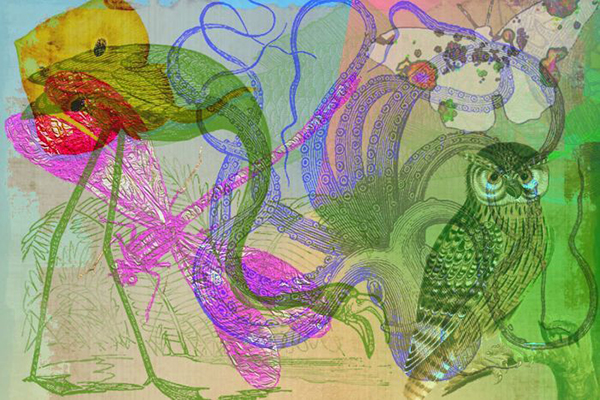 For hundreds of years the scientific community has attempted to classify and categorise every living species on Earth. (Pixabay/Brusheezy/ABC Diane Dean).

We’ve now described about 1.75 million species on our planet – but it’s believed there are millions more that we haven’t classified yet.

Completing an inventory of living things on Earth has been an elusive and long-running endeavour for scientists.

But researchers believe new genetic tools may hold the key to finally completing this library of life.

Those tools may also allow us to compile an encyclopedia of information about each individual species – and they’re even allowing scientists to peer back into the past.

Positions Vacant » View All
» Bookings Officer – Sovereign Hill
» Shop Assistant – Western Australian Museum
Latest News » View All
AIATSIS to open Alice Springs engagement
& digitisation centre with NT Govt support Read more.
Eric Gill’s Prospero & Ariel at the BBC
- judging the past & Ditchling Museum Read more.
Art attack – when vandals strike
- a glimpse of past causes & art vandalism Read more.
A letter to MoAD’s visitors & friends
& road to recovery after arson attack Read more.
Museums among Aus’s most trusted orgs – CAMD
Mat Trinca, NMA ‘trusted sources of info’ Read more.
Top +
Council of Australasian Museum Directors, c/o Ms Daryl Karp, Museum of Australian Democracy at Old Parliament House PO Box 3934 Manuka, Australian Capital Territory 2603 Australia, © CAMD 2022
Copyright: All information and resources provided on this website remain the copyright of the Council of Australasian Museum Directors. Permission is granted for viewing and downloading for personal and not for profit purposes. Those wishing to reproduce any materials for commercial, educational or other uses are requested to contact us.
Disclaimer: The content of this website is provided for information purposes only and is not intended as a substitute for professional advice. No claim is made as to the accuracy or authenticity of the content of the website. The Council of Australasian Museum Directors does not accept any liability to any person for the information or advice (or the use of such information or advice) which is provided on this website. The information on our website is provided on the basis that all persons accessing the site undertake responsibility for assessing the relevance and accuracy of its content. No responsibility is taken for any information or services which may appear on any linked web sites. Hostgator.
.