You are here: Home » Articles filed under: 'News' » Article: '‘The Louvre Is Suffocating’'

‘The Louvre Is Suffocating’

May 30th, 2019 | Browse other: News. | Tagged with: Louvre visitor numbers surge, Staff at Louvre go on strike, The Louvre Is Suffocating | 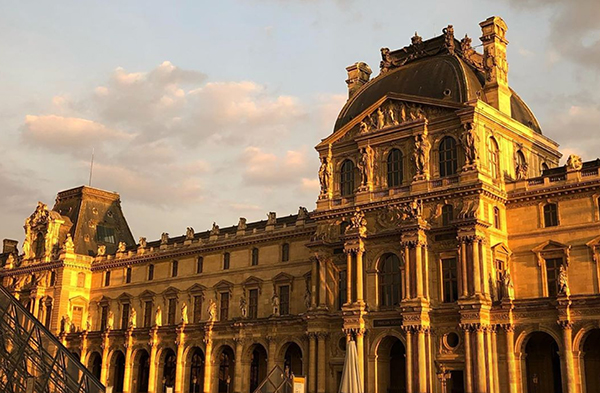 From Instagram: “Due to an increase in visitor numbers, members of the Musée du Louvre’s Reception and Security staff are exercising their right to strike. The museum will, therefore, remain closed all day today (May 27, 2019). We apologize for any inconvenience caused and thank you for your understanding.”

Kate Brown, ‘The Louvre Is Suffocating’: Staff at Paris’s Top Museum Go on Strike as Visitor Numbers Surge, ArtNet, 28 May 2019

While attendance at the Louvre has exploded, the number of guards and visitor services staff has shrunk by almost 20 percent, the union says.

The Louvre in Paris turned away thousands of tourists waiting in line to enter the museum yesterday after security staff staged a walkout. The employees are on strike to protest the museum’s handling of its exploding attendance, which exceeded 10 million people last year. This growth has resulted in “unprecedented deterioration in visiting conditions, and obviously working conditions,” according to the guards’ union.

“While the audience has increased by more than by 20 percent since 2009, the palace has not expanded,” wrote the Sud Culture Solidaires union in a statement. The union letter says that staff “refuse the transformation [of the museum] into a cultural Disneyland.” They are demanding an increase in visitor services staff and the rapid adoption of a new cap on the number of visitors permitted to enter the museum.

Last year, the museum experienced record-breaking attendance, drawing 10.2 million visitors. The number, up from 9.2 million in 2012 (following a dip in attendance after terrorist attacks in 2015), was aided by the major well-reviewed Delacroix survey, as well as the publicity generated by Beyoncé and Jay-Z’s music video Apes**t, which used the museum and some of its most iconic works as a backdrop.

The museum recently launched programs to address the dwindling number of Parisian visitors, who have also been squeezed out by crowds of foreign tourists. Last week, the Louvre announced it had teamed up with Airbnb to launch a new concert series limited to 50 attendees, as well as a program of private tours while the museum is closed to the public for groups of 15 people. Earlier this year, the museum also rolled out a new plan to implement free admission just one day per month in lieu of the previous free Sunday program.

It seems, however, that museum employees do not think these measures are enough to solve the real issue: unprecedented pressure on visitor services staff. In their letter, the union highlights the fact that while attendance has increased by 20 percent over the past decade, employee numbers have decreased. General staff shrunk by 7.23 percent, while security and surveillance staff decreased by 17.95 percent. The authors of the letter say that staff members are regularly insulted by frustrated visitors.

Employees will meet on Wednesday morning to determine whether to continue the strike “depending on the responses we get from the museum and ministry management,” the union told The Local.

Reached by artnet News, a Louvre spokesperson was unable to say whether the museum would be open again on Wednesday. Visitors may obtain refunds for tickets dated May 27 by writing to assistance-billetterie@louvre.fr. In the coming days, only visitors with tickets booked officially online will be guaranteed admission, the spokesperson noted.