You are here: Home » Articles filed under: 'News' » Article: 'The Louvre will offer private tours via'

The Louvre will offer private tours via 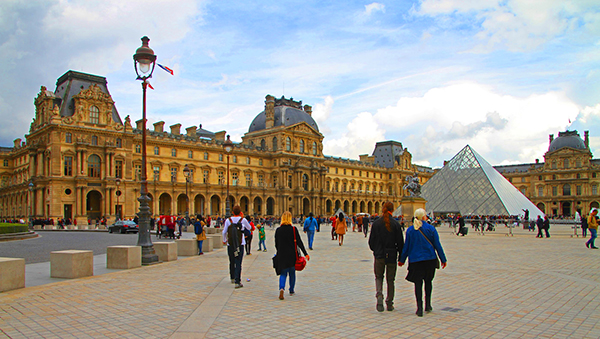 The Louvre (via Wikimedia Commons).

Zachary Small, The Louvre Will Offer Private Tours for Just $34 During Closed Hours, Hyperallergic, 24 May 2019

The new program, created in partnership with Airbnb, is designed to attract locals to the museum at times when it’s not crowded with tourists.

The Louvre, in partnership with the apartment-sharing company Airbnb, will offer private tours inside the museum during hours when it is normally closed in a move to attract more Parisian locals to the galleries.

One of France’s biggest attractions is also the world’s most visited museum. More than 10 million people enter the Louvre every year, the majority of whom are tourists. In recent years, the museum has attempted to rebuild its relationship with city residents who feel overwhelmed by the outsized crowds. Earlier this year, the Louvre ended its free Sundays, which were popular with foreign tourists, in favor of free Saturdays once a month. The museum has also introduced family-friendly events in the evenings.

The upcoming two-hour tours are limited to just 15 people and will be held one Tuesday morning (in French) and afternoon (in English) per month from September through the end of the year. Tickets cost €30 (~$33.60). The concept for the tours came from a previous event sponsored by AirBnB that selected a pair of winners to spend a sleepover in the museum — complete with a personal tour and dinner alongside the “Venus de Milo” last month. Along with this program, Airbnb is also sponsoring a series of evening concerts organized by the French musician Clara Luciani in support of the Alzheimer’s Research Foundation. Tickets cost €20 (~$22.40) and the first concert occurred last week; five more evenings are scheduled from June to September.

Such programs are innovative for the Louvre’s usual retinue of events, yet the programming was made public in a relatively hushed way. Airbnb quietly posted a press release onto its website, written only in French, announcing the collaboration. Emmanuel Marill, the French president of the company, said in the statement: “Through these experiments, we wish to give [Parisians] the opportunity to reclaim the museum and rediscover it in a more authentic and intimate way. We share with the Louvre this desire to make art and heritage accessible to all.”

One possible reason for the hushed release: Parisians aren’t all that fond of the apartment-sharing behemoth. Like most European countries, the French have struggled to regulate home-sharing websites like Airbnb as the hotel industry clamors to compete. Complaints of tourist-driven gentrification have echoed from Lisbon to Barcelona, Berlin, and Paris — and many activists have blamed the home-listing website for leading the charge by encouraging serial renters and landlords who can earn more money with tourists than normal tenants. Over 30 major cities around the world are investigating Airbnb’s effect on urban centers, even as the company has launched a vigorous international lobbying effort on the home-listing industry’s behalf.

In 2018, France passed a law regulating apartment-listing websites like Airbnb. Under the rule, homeowners can only conduct short-term rentals for 120 days in a year. Advertisements must include a registration number to help ensure properties are not rented out for longer. This past February, Paris sued Airbnb for violating the law and publishing 1,000 illegal rental ads, which could cost the American rental website more than 12.5 million euros ($14 million).

With around 65,000 homes listed on its website, Paris is Airbnb’s largest single market. The Louvre partnership simply extends that relationship into the cultural sphere.