You are here: Home » Articles filed under: 'News' » Article: 'The Metropolitan turned 150 on Monday'

The Metropolitan turned 150 on Monday 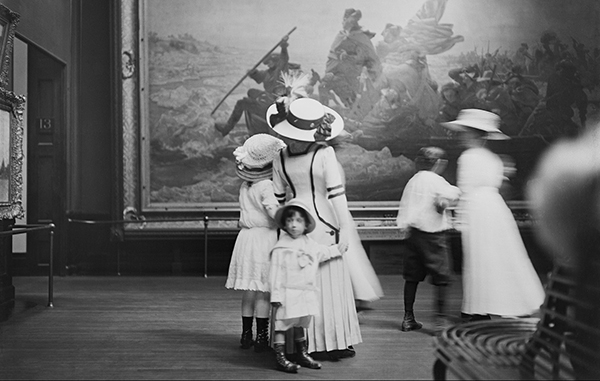 Sebastian Smee, The Metropolitan Museum of Art spent years planning its 150th anniversary. Now the galleries are dark, the celebrations on hold, The Washington Post, 14 April 2020

When Boston’s Museum of Fine Arts marked its 150th birthday in February, it spread the celebrations over two days. The first, a Tuesday, was for the staff. No meetings were scheduled. Matthew Teitelbaum, the museum’s director, was among many who gave impromptu talks in front of favorite works. And when the museum closed to the public at 4 p.m. — earlier than usual — there was a team photo in the Shapiro Courtyard, a bar serving hot chocolate and cider, a yoga class and a staff singalong.

The next day, the public was welcomed without charge. Crowded collection tours focused on 15 works of art (each representing a decade since the MFA’s founding) selected by Maureen Melton, the museum’s historian. Among the 15 were a painting of a grain stack by Claude Monet and a 13th-century sculpture, “Sho Kannon, the Bodhisattva of Compassion” from Japan.

All this, like so much else, feels incredibly poignant now. 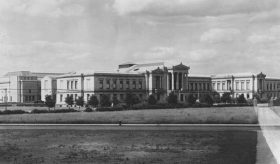 The Metropolitan Museum turned 150 on Monday, but it is closed to the public. So is Boston’s MFA. Both institutions are hemorrhaging money: a projected $100 million at the Met; $12 million to $14 million at the MFA by the end of June. Thousands of events, including long-planned 150th-anniversary celebrations and fundraising galas, have been canceled. And two months on from that staff singalong, the MFA announced that it would furlough more than half of its employees, from April 23 through June 30.

When the Met closed on March 13, it was a little more than two weeks away from opening its 150th-anniversary exhibition, “Making the Met 1870-2020.” Already three quarters installed, the show was a chance to tell the Met’s story and to show off many of its most charismatic objects, including an Egyptian statue of the female ruler Hatshepsut, John Singer Sargent’s “Madame X” and Pablo Picasso’s portrait of Gertrude Stein.

Most of the works are now covered with brown paper. Scattered between them are ladders, work tables and other installation supplies. The galleries are completely dark.

Outside, meanwhile, New Yorkers are afraid and isolated. The avenues of Manhattan are empty canyons. Hundreds of people are dying every day.

For Daniel Weiss, the Met’s president and chief executive, the moment is surreal.

“It’s a terrible global tragedy. And at the same time, we’re quietly marking the 150th anniversary of this great institution,” he says. “We will get through this moment. The institution will endure. But it is not a moment to celebrate a birthday party, that’s for sure.”

Reconfiguring the programming, Weiss says, has been complicated and labor-intensive. The Met has a superb website and has been fleet-footed and ambitious in finding ways to connect with the public digitally. The numbers, he says, “are way up.” But, like the MFA, and almost every other museum, the Met is facing significantly changed circumstances, and is having to make tough decisions.

With a large portion of its revenue stream cut off, and a projected 20 to 30 percent drop in attendance expected even after the museum reopens, Max Hollein, the Met’s director, says he remains committed to major projects, including a new wing for modern art. But, he acknowledges, “we will have to see what the new environment means for a project on that scale and ambition.”

The MFA, meanwhile, is reevaluating plans to open a new conservation center and a center for Netherlandish art later this year. It has scrambled to rearrange exhibitions and put off several permanent-collection revamps, all planned for the 150th-anniversary year.

Teitelbaum, who has taken a 30 percent pay cut, says he is working to make sure furloughed employees can use government programs to “come close to” their compensation levels. He expresses optimism about the institution’s future but says staff morale is uneven. 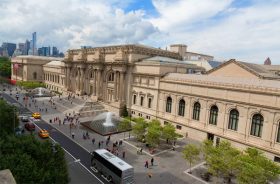 It’s difficult to accept that these two great museums are temporarily closed to the public. It’s even harder to think of them not existing.

“Imagine how New York and Boston would be different,” Weiss says. “Even if you don’t go on a regular basis, they add something that is absolutely foundational to what makes a city a place where people want to live.”

The Met and the MFA were not the United States’ first public art museums: The Peabody Essex Museum in Salem, Mass., and the Wadsworth Atheneum Museum of Art in Hartford, Conn., preceded them by decades. But their founding came out of a period of surging post-Civil War optimism fueled in part by the nation’s upcoming centennial. The Art Institute of Chicago and the Philadelphia Museum of Art opened the same decade.

“America was putting itself back together and thinking of its place in the world,” Teitelbaum says. “It wanted to put America in the middle of international conversations.”